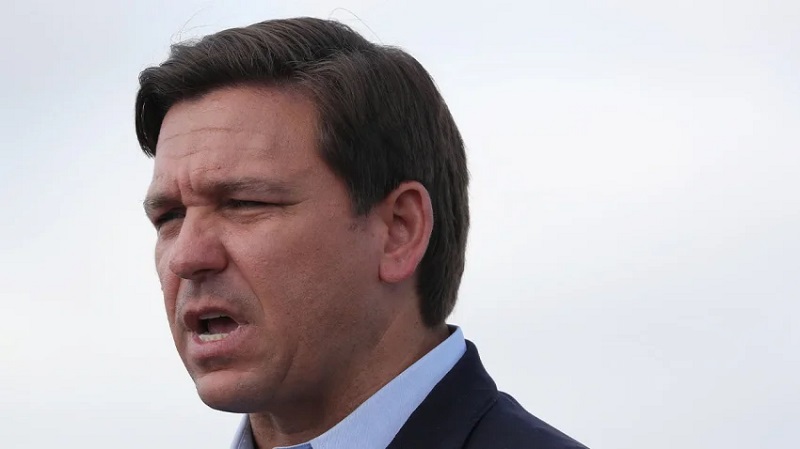 Tallahassee, Florida — As Tropical Storm Ian intensifies over the Caribbean and is predicted to hit Florida next week with significant hurricane-force winds and heavy rainfall, Gov. Ron DeSantis issued a state of emergency for the state on Saturday.

DeSantis first declared an emergency on Friday for twenty counties, but he has since expanded the warning to include the entire state, urging citizens and local authorities to get ready for a storm that may affect significant portions of Florida.

“This storm has the potential to strengthen into a major hurricane and we encourage all Floridians to make their preparations,” DeSantis said in a statement. “We are coordinating with all state and local government partners to track potential impacts of this storm.”

Ian is expected to rapidly intensify over the next few days before moving over western Cuba and making landfall in Florida in the middle of next week with major hurricane force, according to the National Hurricane Center.

It is presently unknown where Ian will affect Florida the hardest, according to John Cangialosi, a senior hurricane specialist at the National Hurricane Center in Miami. He advised locals to start storm preparations, which should include stocking up on supplies in case there are power outages.

“Too soon to say if it’s going to be a southeast Florida problem or a central Florida problem or just the entire state,” he said. “So at this point really the right message for those living in Florida is that you have to watch forecasts and get ready and prepare yourself for potential impact from this tropical system.”

According to the governor’s office, the emergency protective funds is released and members of the Florida National Guard are activated. In his directive, he emphasizes that the entire state is at risk for storm surge, flooding, hazardous winds, and other weather events.

In the meantime, the Atlantic Canada region is being battered by heavy rain and gusts after a potent post-tropical cyclone makes landfall there, with analysts predicting it could be one of the worst storms in the history of the nation. Before dawn on Saturday, the Fiona came ashore in Nova Scotia.

In Atlantic Canada, power disruptions have impacted almost 500,000 customers. The settlement of Port Aux Basques on the southern coast of Newfoundland was pummeled by the surf, and entire buildings washed into the water.