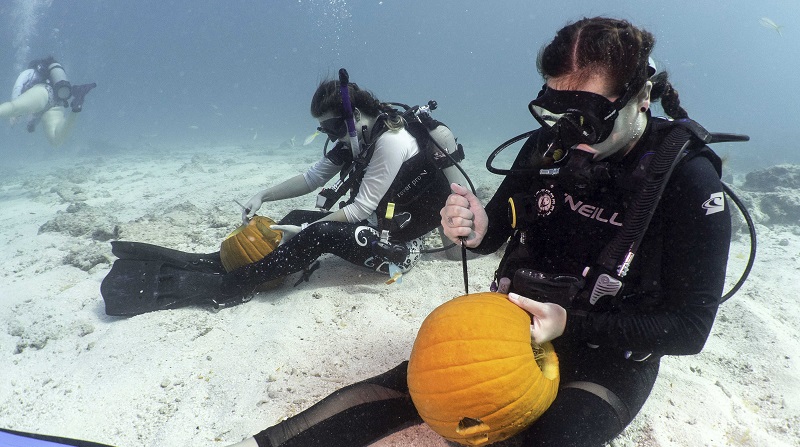 According to the Florida Keys News Bureau, the deep sea maestros used dive knives and fine carving tools to transform their pumpkins.

Among the competing designs were an octopus, airplane, jellyfish, hearts, and of course, a jack-o-lantern.

The winner of the contest was Dan Eidsmoe from Chicago with his shark-inspired gourd. For extra flair, he incorporated a strobe light.

Flight delays in South Florida and across the country this weekend