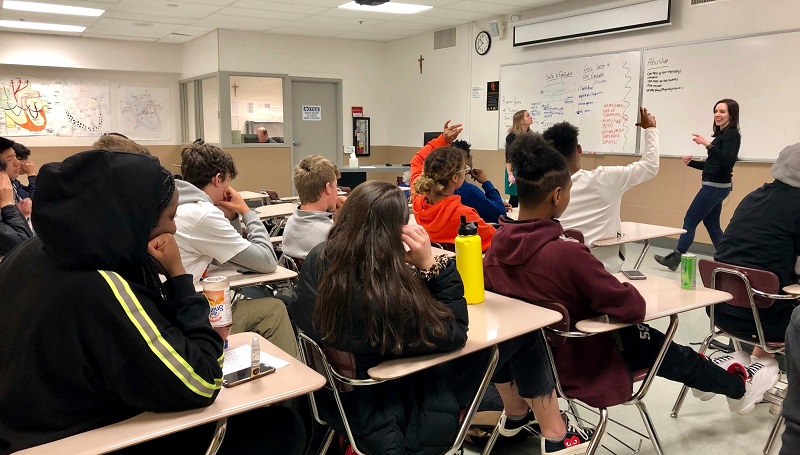 Pembroke Park, Florida – According to a new survey, roughly half of the parents polled listed school as a top stressor for their kids. But at the same time, parents feel a stigma about saying their child needs a mental health break.

According to Amy Morin, a licensed clinical social worker and editor-in-chief of VeryWell Mind, “A lot of parents are afraid to say, ‘My kid took a day off for mental health reasons,’ because they’re afraid other people might judge their kid or think that there’s something wrong with them so I think it’s important that we think of mental health as part of our overall health.

Parents wouldn’t be embarrassed to say their kids stayed at home because they had a cold or the flu, could be very similar. “We don’t need to necessarily reserve mental health days for when we’re in a crisis or your child has a diagnosable mental illness so sometimes it can be preventative measures, taking a day off to say, ‘I’m going to reset and recharge.’ Taking a day to improve your mental health doesn’t mean there’s anything wrong with you.”

A new study found stimulating parts of the brain can help a person’s memory. Study participants underwent 20 minutes of stimulation daily for four days in a row wearing a cap filled with electrodes. The study also showed that the stimulation improved both immediate and long-term memory at the end of one month.

According to researchers, those who struggled the most with memory games at the beginning showed the most improvement.