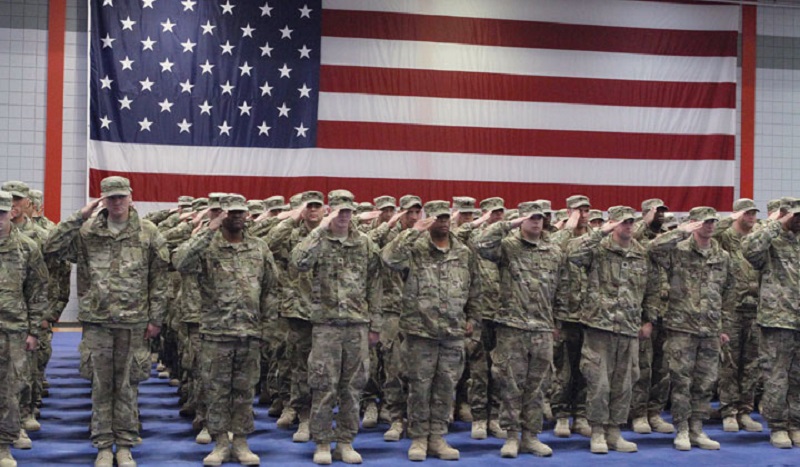 Miami, Florida – The Florida National Guard is sending four hundred fifty men and women on a year-long mission to the Middle East.

“Today we are saying goodbye to our soldiers who are heading overseas for an awesome mission,” said Bailey Burnside.

According Burnside’s husband, Capt. Curtis Burnside, has been deployed before, but he’s never left behind a wife and three little ones. He’s not sure what’s to expect.

“I’ve never gone and had to do that, so I can’t really tell you that right now. I guess we’ll figure that out in about an hour and a half,” he said.

He added that one thing he does know is there’s a lot he will miss.

“Mostly kissing them, hanging out with them, you know what I mean, seeing them play football, she just started walking. The milestones you miss when you’re overseas,” he said.

As these men and women are heading to the Middle East, the National Guard can’t really give a lot of specifics about the mission.

“We’re going to be doing base security at a couple of different bases in three different countries in the area,” said Company Commander Capt. Jose Martinez.

“We’ll be here to support and offer anything they may need,” said Lt. Pete Sanchez with Miami Fire Rescue. “Whether it’s painting a fence, fixing a door, taking their kids to school, whatever they need to support to fill the void while their husbands are serving our country, we’re there for them.”

The soldiers deployed will be gone 9 months to a year.