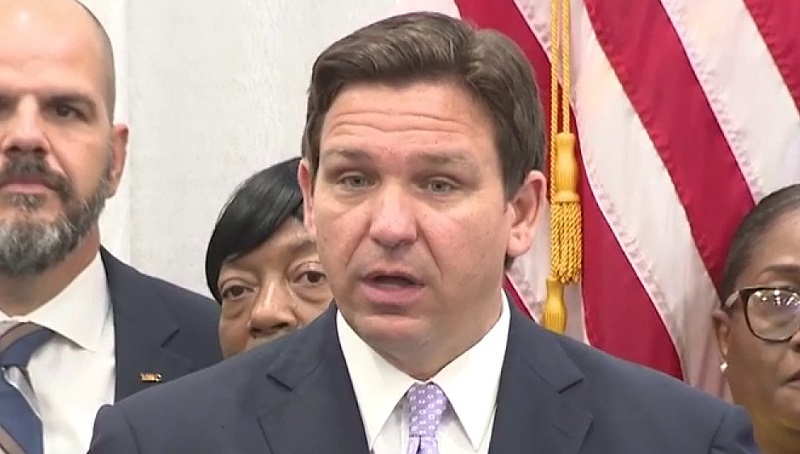 Miami Shores, Florida – On Tuesday, Florida Gov. Ron DeSantis was in South Florida, and he was asked about something considered a Category-5 level concern.

DeSantis was asked about lawmakers’ work on stopping the skyrocketing premiums for property insurance and keeping companies solvent enough to pay. Of the companies Floridians county on and pay to foot the storm damage bills, two have gone bankrupt and four have pulled out of Florida. State lawmakers agree across party lines that a fix is critical.

“Enrollment in Citizens Property Insurance, our state-backed insurer, known as the insurer of last resort, has taken on 800,000 policies,” said State Sen. Lauren Book. “And if we had one of those storms we’d really be in a really bad place.”

What that would look like is more complicated. “The big drivers here are having to do with litigation expenses and the amount of litigation that we have in Florida,” said State Rep. Rom Fabricio.

According to Fabricio, Floridians make up eight percent of homeowners policies nationwide but file 80 percent of the lawsuits against insurance companies.

Lawmakers are looking at fixing fraud, and at least temporarily shoring up re-insurance, which is the publicly funded backup that insures the insurance companies faced with major storm payouts. “There are underlying dysfunctions in our state market that are causing these companies to fail, causing rates to go up,” said DeSantis.