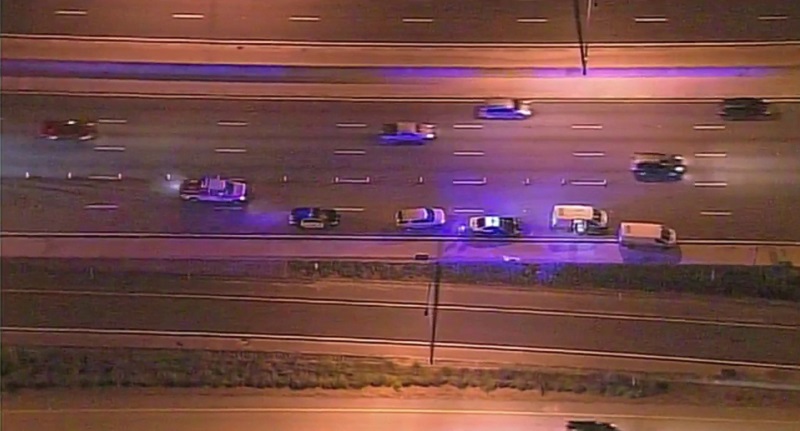 Davie, Florida – Early Friday morning a body was found on the shoulder of I-595 near Hiatus Road.

The Broward Sheriff’s Office believes it is a homicide.

According to the Florida Highway Patrol, they responded to a report about the body in the eastbound lanes at about 1:30 a.m., and Davie Fire Rescue pronounced the person deceased.

While troopers covered the body and placed evidence markers, part of the roadway was closed, but no major delays were reported.

Detectives believe somebody killed the person and dumped them on the road.

BSO asks that anyone come forward if they saw anything suspicious along the eastbound lanes of I-595 between Hiatus Road and Nob Hill Road between 10 p.m. Thursday and 1:30 a.m. Friday. You can call BSO Homicide Detective Wilson De Jesus at 954-321-4289 or Broward Crime Stoppers at 954-493-8477.

At this time no further details are released.

770 pounds of marijuana found in Florida