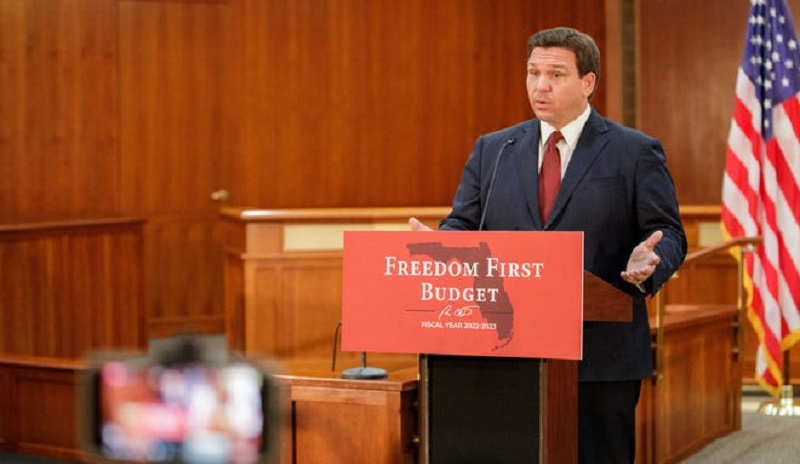 Florida – A $99.7 billion “Freedom First Budget” proposal for the 2022-2023 fiscal year was unveiled on Thursday morning in Tallahassee by Florida Gov. Ron DeSantis, including record funding for education, environmental resources, and law enforcement.

DeSantis on Thursday announced he was including a fuel tax holiday that according to him could save Floridians over $1 billion.

His budget proposal also includes the elimination of fees charged for the issuance of a Florida Identification Card, which could save residents $14.7 million. Among the education, proposals are another round of $1,000 bonus checks for teachers and principals and a $50 million budget increase over last year, a total of $600 million, for teacher pay.

Another $421 million would be allocated for school safety and mental health initiatives. As for the environment, the proposal includes more than $660 million for Everglades restoration including $3 million to remove invasive Burmese pythons from the Everglades, as well as $195 million for water quality improvements.

According to DeSantis, the budget also includes $5.4 million to re-establish the Florida State Guard.