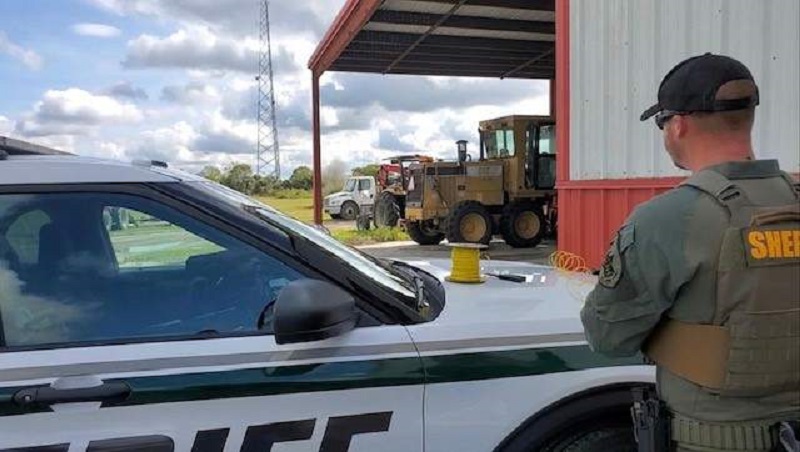 Florida – While making a routine traffic stop in north Florida, Sheriff’s deputies found a grenade inside a pickup truck.

According to the agency Facebook post, the 65-year-old driver was initially pulled over for having expired tags, but Flagler County Sheriff’s deputies also found that his driver’s license had expired in 2019.

Police searched his vehicle and found one glass pipe in the driver’s side door, and another in a storage compartment. Then, they spotted the grenade.

The driver told deputies he found the grenade while he had cleaned out a military veteran’s home. He said he wasn’t sure whether it was active or not.

Deputies closed down a section of the roadway and asked the nearby St. Johns County Sheriff’s Office for help with the grenade. It was removed from the truck and detonated.

According to officials, a records check turned up the man’s criminal history in Florida and Georgia, including burglary, rape, armed robbery forgery, grand theft, battery, and giving a false name to law enforcement.

“Here’s a prime example of how deputies never know what a traffic stop may turn into,” Flagler County Sheriff Rick Staly said. “This idiot is lucky he did not blow himself or his truck up.”

The man was arrested and charged with driving with an expired license and possession of drug paraphernalia.