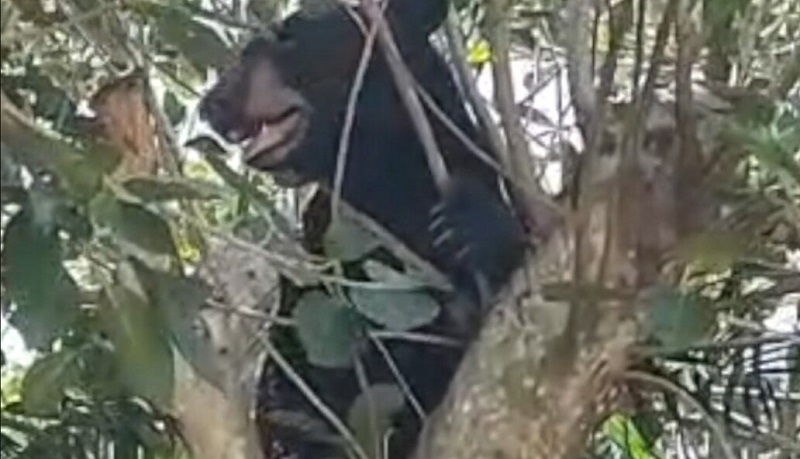 Jupiter, Florida — A juvenile black bear was spotted in a South Florida community.

According to Jupiter resident Doug Covin, he saw the bear while he was in his backyard, Saturday,

He backed away and called 911, then recorded video of the bear, Covin said.

“I didn’t know what it was at first. I was looking right at him. ‘What am I looking at? There’s a bear staring right at me,’” said Covin.

According to the Florida Fish and Wildlife Conservation Commission, bear sightings are rare in this part of South Florida, but they do happen from time to time.

“To have it here in Jupiter, it’s still hard to wrap my mind around the fact that – I mean, we’ve seen squirrels and an occasional possum or raccoon in the backyard, but it’s pretty unbelievable to have one,” said Covin.

Juvenile bears tend to wonder off into unexpected areas. “Every time I hear a noise, I’m going to be like, ‘Is there another bear?’ So it will take a little while to get over this one,” said Covin. “Not that I was scared of him, but it’s just definitely a shocker.”

A bear trap had been set. As of Monday afternoon, trappers are still trying to locate the animal.