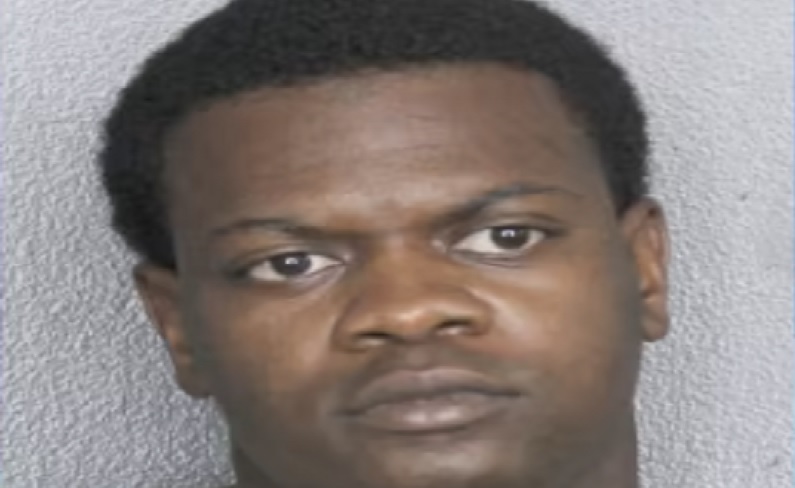 Broward County, Florida – On Thursday, The Broward Sheriff’s Office Burglary Apprehension Team (B.A.T.) arrested a suspected serial business burglar who is believed to be responsible for at least 20 business burglaries throughout Broward and Palm Beach counties.

As the driver appeared to be looking for businesses to burglarize, detectives began surveillance on a previously identified suspect’s vehicle.

According to authorities, they witnessed the suspect break the glass on the front door of a North Lauderdale business in the 1400 block of South State Road 7, carrying several cash registers, authorities said. Later he was identified as Zavier Harris, 26.

Detectives conducted a vehicle immobilization technique on Harris’ vehicle, once Harris reentered his vehicle, he was taken into custody.

Harris was arrested on charges of burglary of an unoccupied structure, resisting arrest with violence, wearing a mask while in the commission of a felony, and violation of felony probation. He also faces charges in two business burglaries in Deerfield Beach and one business burglary in Oakland Park.

The investigation into Harris’ activities is ongoing.