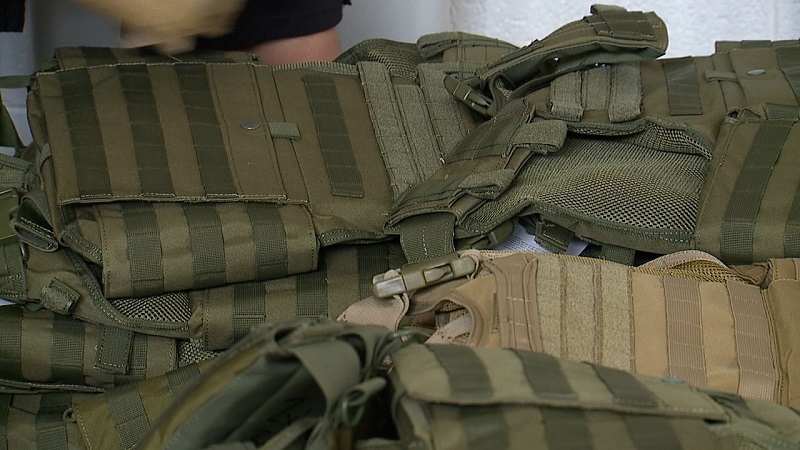 Miami-Dade County, Florida – According to Mayor Daniella Levine-Cava, the county is going above and beyond to support Ukrainians as Russia gains ground in Eastern Ukraine. “We want to stand for the self-determination and liberty of all people,” Levine Cava said. “So we will continue to join the fight against Putin’s violent and unjust invasion of Ukraine.”

On Tuesday, the mayor, Senators Rene Garcia and Ana Maria Rodriguez, and Interim Director of the Miami-Dade Police Department George Perez held a press briefing to announce the donation of 5,000 bulletproof vests to Ukraine.

According to local leaders, the vests are expired, come from a department surplus, and can no longer be used by MDPD officers. “It’s police-grade gear, including body armor and vests, to protect Ukrainian families’ homes and sovereignty,” Levine Cava said.

The donation is being made to the Ukrainian Congress Committee of America (UCCA).

The donation was made possible by a resolution proposed by Senator Garcia, Leaders said. “Our freedoms are one generation away from being lost,” Garcia said.