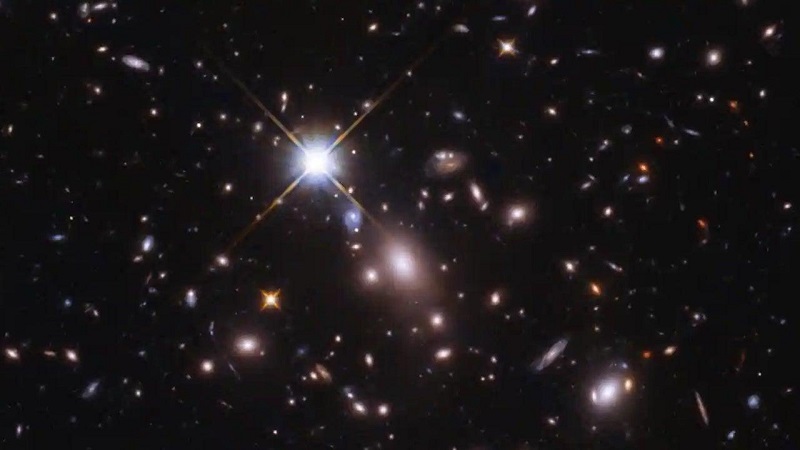 According to the agency, they shared an image of the most distant single star the telescope has ever detected.

Astronomers who found it nicknamed it “Earendel,” which comes from the Old English word for “morning star” or “rising light.” It’s glimmering 28-billion light-years away.

Scientists estimate it was created 900-million years after the big bang.

“Earendel existed so long ago that it may not have had all the same raw materials as the stars around us today,” explained astronomer Brian Welch, the lead author of the paper. “Studying Earendel will be a window into an era of the universe that we are unfamiliar with, but that led to everything we do know. It’s like we’ve been reading a really interesting book, but we started with the second chapter, and now we will have a chance to see how it all got started.”