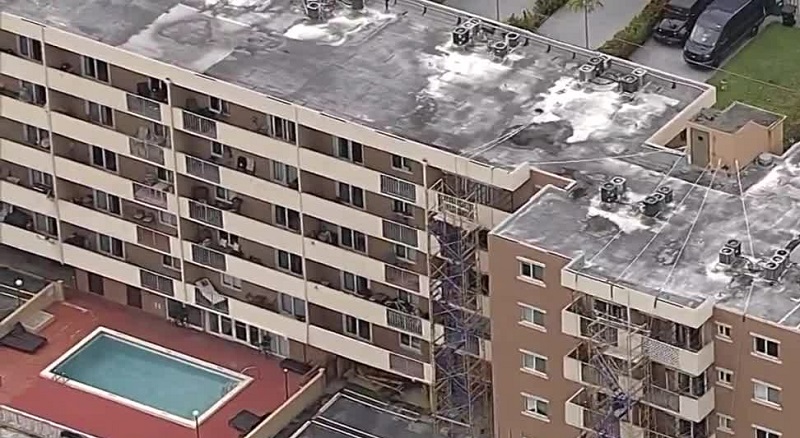 Miami-Dade County, Florida – Over safety concerns, until 2:00 p.m., Tuesday, the residents of an apartment building in North Miami Beach’s Eastern Shores gated community have to evacuate.

The building is part of the Beach Club Villas Condo subdivision, according to Miami-Dade County property records. There were 55 units occupied in the building.

“We’re just kind of scrambling getting everything together butt to we grabbed our suitcases with our clothes important medical papers,” one resident said.

Residents have a few hours left to gather their belongings and say there is only one elevator in the building. “It’s terrible because we only have a few hours it’s not even a full day,” Florencia Gómez said.

According to one resident, he went into survival mode when he got the call. “With the info, I got it wasn’t very clear if the building could go down now so I was rushing. If it goes down what am I going to do,” said Francisco Musmanno.

Scaffolding can be seen outback, indicating an ongoing project, but the city has deemed the structure unsafe. “The building owners have been trying to work to bring this building up to par but it got to a point where the engineers said no more, we gotta get everybody out immediately,” City Manager Arthur H. Sorey III said.

According to the residents, they were offered $150 for three nights’ stay in a hotel, April’s rent, and their security deposit if they signed a lease termination document provided to them by the building.

But residents say they were advised not to sign anything just yet.