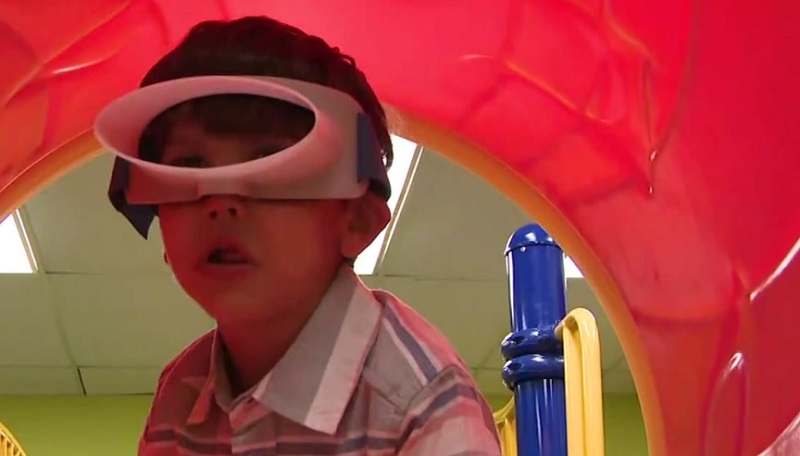 Miami, Florida – Jerry Perez founded Catching Up, a therapy center in Miami-Dade. He had a passion and a vision for helping kids with special needs, and came up with an invention to help kids with autism and ADHD focus.

In its simplest description, “Tunnel Vision” is a set of goggles. But the invention, which took Perez four years to perfect, helps train the brain to focus on a specific task and finish it, something some kids with autism or ADHD often have difficulty doing. “On the second week, he was communicating with us, he was answering yes or no questions,” said Adriana Medina, whose five-year-old son Julian uses the invention.

“Tunnel Vision” is being used by some therapists, it’s also in several schools and hospitals. Perez had a plan to take it further, but he died in March in a personal watercraft accident in Miami-Dade.

“Parents that come to me are parents that have done everything in the box,” Perez said.

His family, friends, and business partner have vowed to continue Jerry’s mission of getting “Tunnel Vision” in the hands of anyone who might need it.