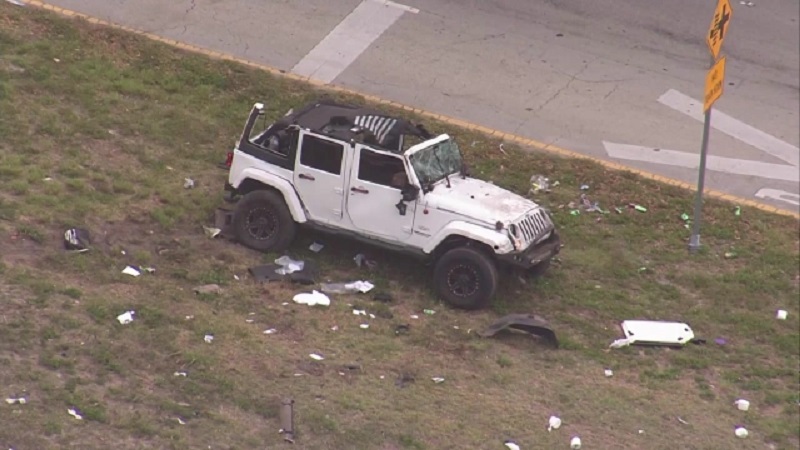 Miami, Florida – On Tuesday, after his vehicle was struck by a Brightline train in Hollywood, a driver had to be hospitalized.

According to authorities, the collision between a white Jeep Wrangler and the train was near North Dixie Highway and Garfield Street.

The gates were down when the individual drove around the gate, Brightline said.

It was unclear if anyone aboard the train had been injured. No information has been released on the condition of the driver involved.

A man was killed after his vehicle was struck by a Brightline train in Pompano Beach on Monday.

Officials urge drivers to never drive around the gates and never try to beat a train.

Protesters in Miami came together at rally on International Workers’ Day