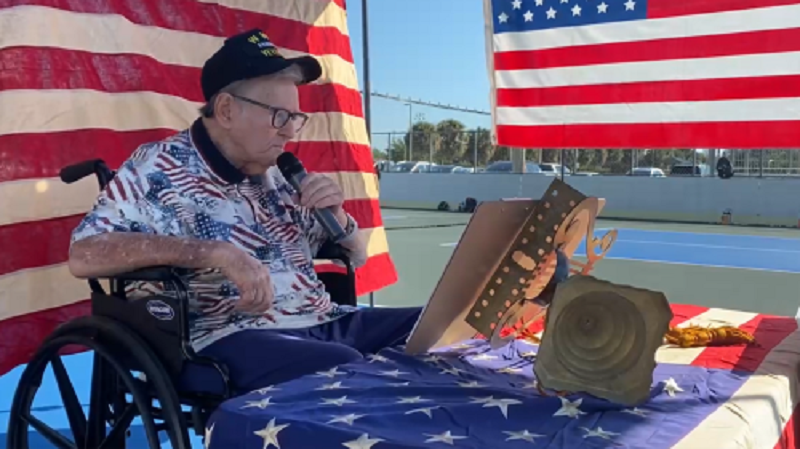 According to his family, Klein was born November 13, 1921, and has been a cantor at Temple Ner Tamid in Miami Beach for 50 years and a composer of Jewish music.

He was married to Adrienne for 58 years who passed away in 2003 and has five children, 11 grandchildren, and eight great-grandchildren.

Klein has officiated the weddings of all of his children and grandchildren.

Edward Klein was a professional performer in Miami Beach hotels, an avid golfer, and has Bar Mitzvah over 100 boys.

When asked about the secret to life. He says live for today and enjoy a martini and a cigar.

Bomb threat that led to evacuation of Silverspot Cinema in Miami