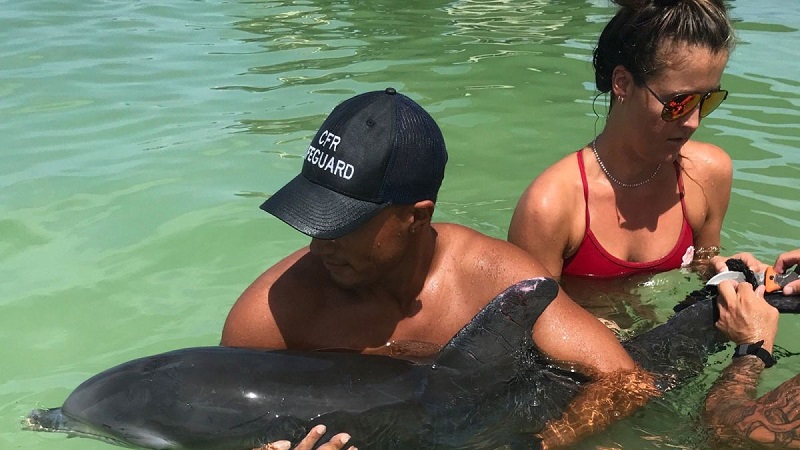 According to the department, a lifeguard with the Clearwater Fire & Rescue Department discovered the distressed animal after spotting a dolphin circling an area near a large fishing pier at Clearwater Beach and saw a dark shape bobbing in the water.

When the lifeguard went to investigate, he found a dolphin calf “tangled in the ropes of a crab trap,” the post said.

Lifeguards were able to free the dolphin from the ropes and called in the Clearwater Marine Aquarium’s Rescue Team, which attempted to reconnect the calf with its mother.

“Upon release, the animal began swimming towards the shore and was struggling to swim in the open water,” the aquarium said on Facebook. “The Southeast Stranding Network and National Oceanic and Atmospheric Administration (NOAA) directed us to transport the animal to SeaWorld for rehabilitation,” the aquarium added.