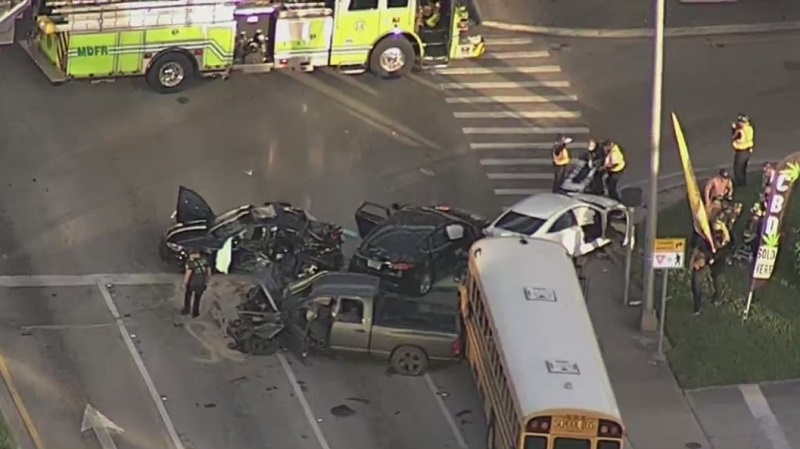 The crash happened at NW 103 Street and NW 77 Avenue near Mater Academy Charter Middle/High School, according to MDFR.

The accident involves a school bus and at least four other vehicles.

According to MDFR, there were a total of three victims, including a child and adult, considered trauma alerts.

Chopper4 was over the scene, where paramedics were taking one victim on a gurney to an awaiting helicopter to be airlifted to a local hospital.