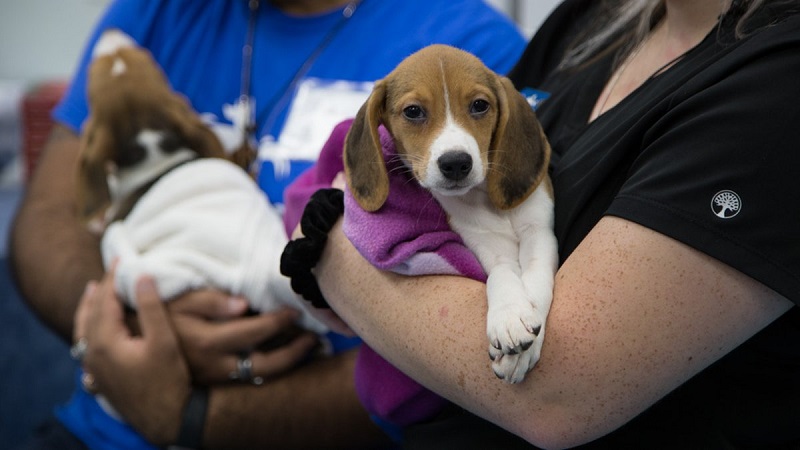 Dania Beach, Florida – After being rescued from inhumane conditions in Virginia, the second group of beagle puppies have arrived in South Florida in search of forever homes.

According to officials with the Humane Society, the puppies are some of the last remaining beagles from the Envigo facility in Virginia.

Within hours of their arrival, the Humane Society of Broward has received more than 350 applications. “All of our appointments are already full,” said Steffen.

The beagles’ arrival comes a few weeks after the Humane Society took in more than 40 beagles from the same breeding facility. Those puppies were all adopted after the shelter received more than 1,000 applications for them. Shortly after they took to social media to announce this latest group, it became clear this breed remains in high demand. “The announcement that we have received the beagles went up about 9:30 this morning on our social media, and by 11:30, all of our appointments were full, I mean, with extra applications,” said Steffen.

According to Humane Society staff, the Envigo facility is facing dozens of federal violations for neglect and abuse, including more than 300 puppy deaths.

Steffen said she’s happy to be able to help rescue them. “This truly is a life saved, and a trip from Virginia to here really was a freedom ride for these dogs,” she said.

Humane Society of Broward officials said their arrival gives them an opportunity to showcase their other animals now available for adoption.