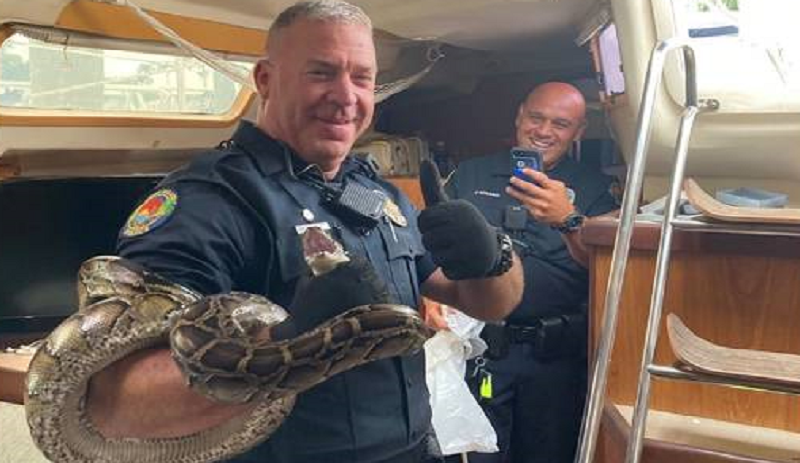 Florida Keys, Florida – According to police, a 7-foot-python snuck onto a sailboat in the Florida Keys and ended up staying on board until the boat reached the other side of the state.

O Friday, the crew found the massive snake in the boat after they docked in Marco Island.

According to a news release, Marco Island police responded and transferred the invasive snake into the custody of a local wildlife handler.

Pythons can grow to 20 feet (6.1 meters) and 200 pounds (90 kilograms) and it is believed to be descended from pets freed from captivity over past decades.

There is no evidence of pythons are swimming from the Everglades to the Keys, but they didn’t rule it out entirely, the U.S. Geological Survey said.

“Because pythons regularly escape or are released from captivity, it can be difficult to determine whether a snake encountered in the Keys arrived there by swimming from the mainland or was a former captive pet on the island,” the agency said. “Given the python’s apparent ability to disperse via saltwater, however, island residents and resource managers need to stay vigilant.”

The Broward County Walk to End Alzheimer’s has returned