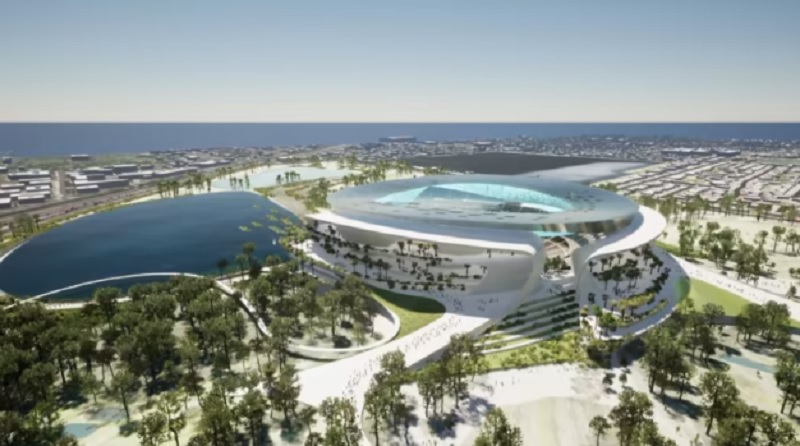 The stadium would have a retractable roof, air conditioning, and luxury suites.

Ruiz is working with HKS Architecture, which designed AT&T Stadium in Arlington, Texas where the Dallas Cowboys play. HKS also designed SoFi Stadium in Inglewood, California, which is the home of the Los Angeles Rams and Los Angeles Chargers. SoFi Stadium hosted Super Bowl LVI in February. The proposed stadium at Tropical Park would have a floating scoreboard similar to the one at SoFi.

According to Ruiz, the project would be funded privately with no tax dollars. “The process would be very similar to Freedom Park which was just approved by the voters. If you follow their path, we would likely mirror a similar process,” said Ruiz.

In this case, the deal for the land would need to be done with Miami-Dade County, and not the City of Miami.

Ruiz believes the Tropical Park site is ideal because it is only 7 miles from the UM campus in Coral Gables. He hopes to get the stadium built by 2025.

Florida gas prices fall for 10th week in a row