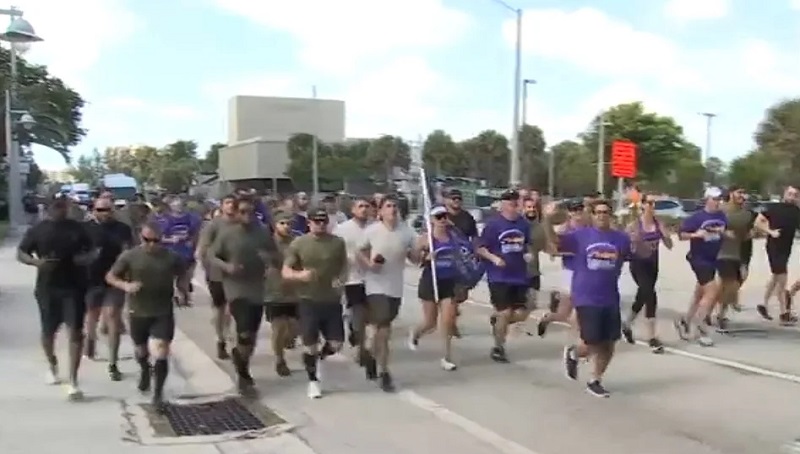 With the ceremonial lighting of the flame by Cooper City resident and Special Olympics athlete Fernando Nunez at 1100 Seabreeze Boulevard in Fort Lauderdale, the 10-mile relay began.

Nunez is a 2017 Special Olympics World Winter Games gold medal recipient. “I got a gold medal. I went to Austria for the USA Games,” said Nunez.

This year’s theme was “Lighting The Way To Inclusion.”

At A1A and Atlantic Boulevard in Pompano Beach, the run came to an end. At the beginning and end of the relay, Nunez carried the Olympic torch.

Afterward, there was a celebratory picnic at Pompano Beach Fire Rescue Station 11 on N. Ocean Blvd. “Today is our day to show the community that this is what we do, this is who we are, deeply invested in our community, and we’re deeply invested in the Special Olympics,” said Broward Sheriff’s Lt. Steve Feeley.

The relay was part of an intrastate torch relay that started at the end of March and will culminate at the opening ceremony of the Special Olympics Florida State Summer Games which begin on May 20th.

Over 5,000 officers carry the torch on a 1500-mile relay through 67 counties in Florida each year.

Funds are generated through sales of the popular Torch Run T-shirts and caps, and also through contributions from individuals and businesses along the way.