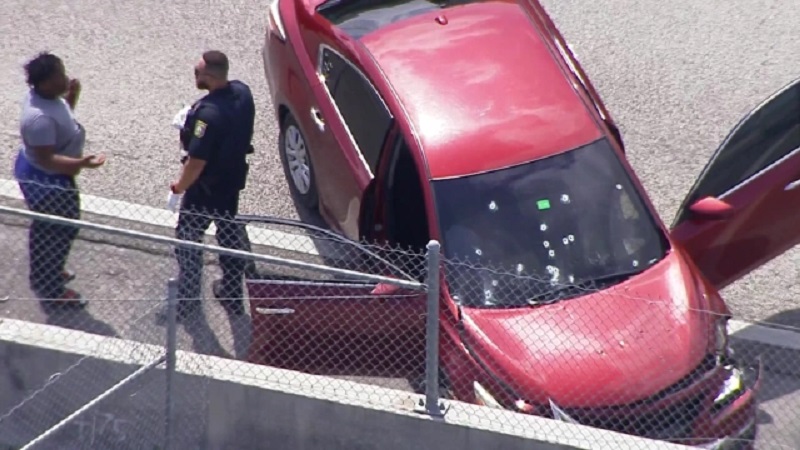 Miami, Florida – On Wednesday afternoon a shooting resulting in the death of one person occurred in Palmetto. Hialeah police detectives are investigating.

A red vehicle riddled with bullets could be seen near the entrance ramp from Okeechobee Road to northbound State Road 826.

According to Hialeah Police, the passenger in the car died on the scene and the driver was airlifted to Jackson Memorial Hospital as a trauma alert.

The shooting happened in the northbound lanes between Okeechobee Road and NW 103rd Street, investigators said.

According to investigators, they are trying to determine if the occupants of the car were fired on by another vehicle that fled the scene.

Dog reunited with the lifeguards who saved her life