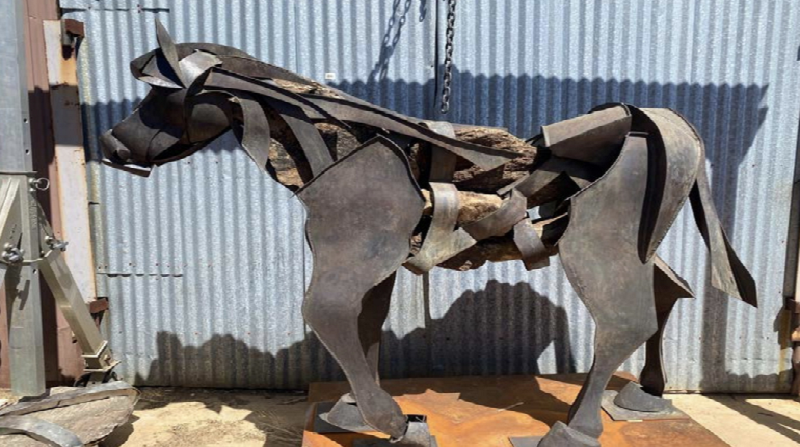 Coral Springs, Florida – The deteriorating public art piece of a horse in downtown Coral Springs will be replaced with a new horse.

According to a memo, on Monday, city commissioners are expected to consider whether to fund the replacement of “Laura’s Ego” on Sample Road between NW 101 Avenue and NW 99 Way.

The piece – purchased by the city in 2008 – would be replaced with “Gwendolyn,” which would be made of patina stainless steel instead of Corten steel used in the original sculpture and granite rocks as opposed to wood.

The memo says, the artist, James Burnes, has worked with city staff to repair “Laura’s Ego” in recent years, but it continued deteriorating in the Florida sun. Burnes has told the city that the total cost of materials for the replacement would be about $16,000, the memo said. He had planned to secure $5,000 from donors and the city would be responsible for the difference ($11,000). The cost for delivery and installation of the piece would be $3,000, which totals $14,000 for replacement.

The funds would come from the city’s Public Art Program which receives money from new development and redevelopment projects in the city over 12,500 square feet.