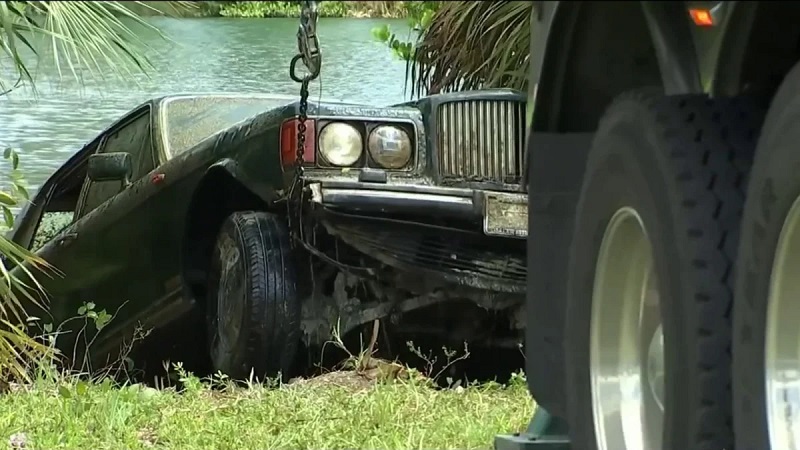 According to officials, 13 targets identified as possible sunken cars may be in the lake. “We certainly know they’re not supposed to be there so they could be stolen, vehicles used in a crime, vehicles used in hit-and-runs and they are trying to hide the evidence,” BSO’s chief diver Alexander Beer said.

Guardians for the Missing located the vehicles with sonar technology. “Our organization works usually cold cases or with families who have missing family members and their vehicles are missing,” the nonprofit’s Alison McManus said. “So we search waterways, canals, ponds, lakes, wherever they were last seen. I have a small boat with side-scan sonar and a diver who comes out and helps me.”

After her nephew went missing, McManus founded the group in 2006. “Once I found my nephew I found the need to have to give back so I figured I need to start helping these other families with missing people,” she said.

According to Alexander, one of the main issues they’ve dealt with is poor visibility, with the cars about 20 to 25 feet deep in the water.

Once the cars are out, detectives will be investigating why they’re in the lake, officials said. “We’ve had a dozen or so cases of thinking we’re pulling just a vehicle and it turns out to be related to a missing persons case,” Alexander said.

Tourism thriving in Florida ahead of Memorial Day weekend