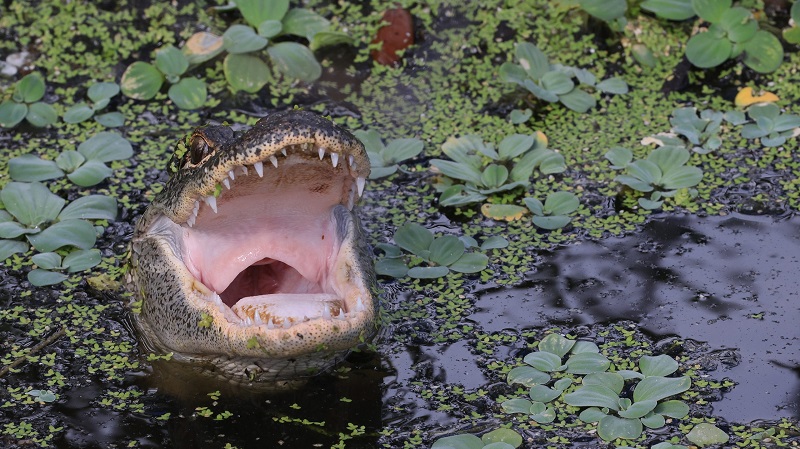 Englewood, Florida – After falling into a pond and being grabbed by two alligators, a Florida woman was found dead.

According to the Sarasota County Sheriff’s Office, the elderly woman was seen falling into the pond along a golf course in Englewood late Friday and struggling to stay afloat.

Two alligators were seen grabbing her, while she was in the water. The woman was pronounced dead at the scene.

Two alligators have been removed from the area, but it’s not yet clear whether those were the reptiles involved. The cause of death has not been determined.

According to the Florida Fish and Wildlife Conservation Commission, alligators are more active when temperatures rise.