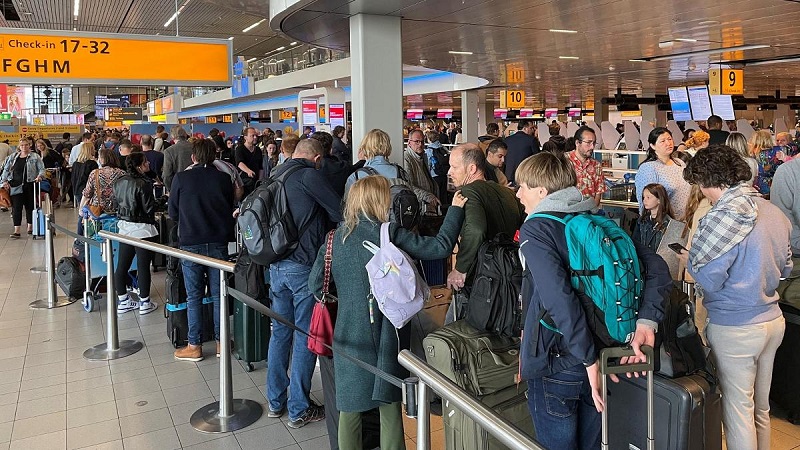 Miami, Florida – On Friday, Amy Ando was at Miami International Airport ready to board a flight to Chicago, but she’s dealt with delay upon delay and just hoping that her flight won’t be canceled. “I have friends who are flying out tomorrow and their flights are already canceled,” Ando said.

Travelers are already experiencing delays and cancellations on Friday ahead of what is expected to be a very chaotic travel weekend with severe weather heading to South Florida. “We came from San Juan to Miami and then we were planning on making out connecting flight to D.C., but then found out it was canceled,” said one group who just finished their vacation.

There were 23 cancellations and 15 delays at MIA as of noon Friday. At FLL there were 37 cancellations and 55 delays. “We came from San Juan to Miami and then we were planning on making out connecting flight to D.C., but then found out it was canceled,” one group trying to travel back to Washington D.C. said.

According to Miami International Airport, its cancellations and delays are due mainly to the approaching storm, and those numbers are expected to go up. “My flight is delayed so I’m keeping track on the app, and they send me a text saying it’s a little bit delayed, but it’s not canceled yet,” Ando said.

Those traveling out of area airports this weekend should to check flight status before heading out, airport officials advised.