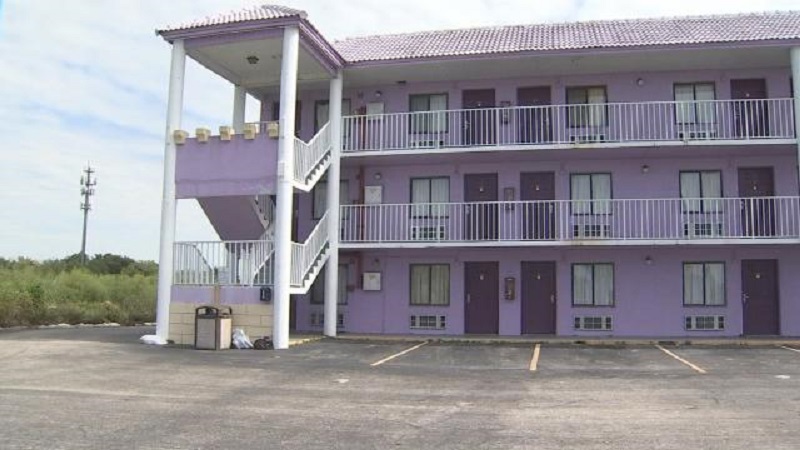 Kissimmee, Florida – After the complex has been sold to another owner, residents at a motel along a tourist strip not far from Walt Disney World that was used as the setting for the 2017 film “The Florida Project” were told that they must vacate on short notice.

Last Monday, residents of the Magic Castle Inn & Suites were told that the hotel had been purchased and the new owners were forcing everyone out, local media reported. The new owners don’t have to follow the same eviction procedures that a landlord would for removing tenants from a rental apartment because the Magic Castle was a motel.

“Now I have to find a home and a job,” Heather Squires, who paid for her room by working at the motel, told the Orlando Sentinel. “That’s a lot to dump on someone in less than 24 hours.”

The lavender-painted hotel was the setting for the movie that, through the eyes of a young girl, told a story of poverty and resilience at the pay-by-the-week motel that was the home of last resort for people who couldn’t afford anywhere else to live.

According to David Sarfati, who owned the hotel with his wife before it was sold, about 15 people had been living at the hotel before the closure.

They were given no warning about the motel’s pending closure, even though the owners had been supportive of them in the past, residents said. “No warning at all, no severance package,” said Thomas Delgado, who also lived and worked at the motel. “Just, ‘Here’s your final paycheck and your vacation pay. Bye.’”

According to Sarfati, he too was surprised by the speed at which the new owners were moving.

He said he had expected months to prepare for the transition and didn’t realize the new owners wanted residents out until trash containers showed up at the motel on Monday.

“When the dumpsters showed up, we knew there was something wrong,” Sarfati said.

The property was under contract for $5.5 million, but a deed hadn’t yet cleared Osceola County property records, a listing by Corcoran Premier Realty showed.

Florida LGBTQ+ Dems say other rights could be at risk