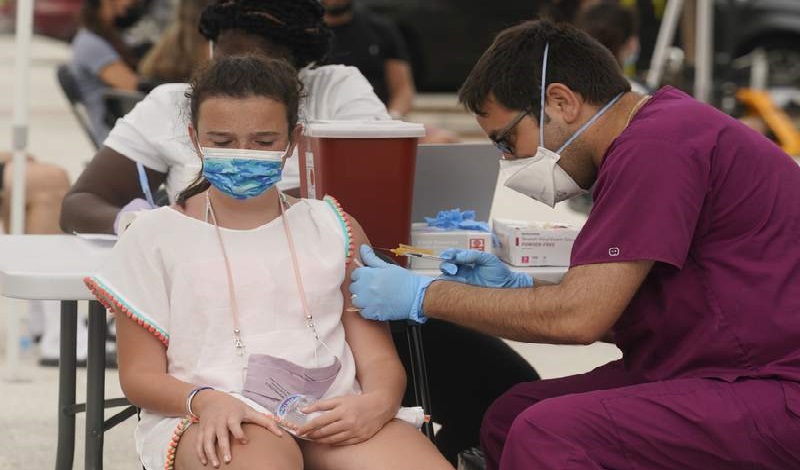 Fort Lauderdale, Florida – Florida reported 6,904 new COVID-19 cases from Monday and assigned 6,297 new cases to Sunday, according to the latest data from the CDC posted Tuesday.

A day earlier, the metrics had been empty for Sunday.

But the latest update reflects the first time Florida has reported fewer than 7,000 new cases on consecutive days since mid-July.

Five new deaths were reported in the past day according to the CDC, which gets its numbers from the Florida Department of Health.

New cases, positivity rates and hospitalization have steadily decreased from the delta-variant-fueled surge in August, which was the state’s worst month of the pandemic.

Fatality trends aren’t as clear because the state adds deaths retroactively to past dates when they happened.

More than 8,900 COVID deaths have been assigned to dates in August (an average of 287 per day).

Nearly 2,700 deaths have been reported to this point in September.

That’s after over 1,000 fatalities were added to the data Monday, spread over several days in recent weeks.