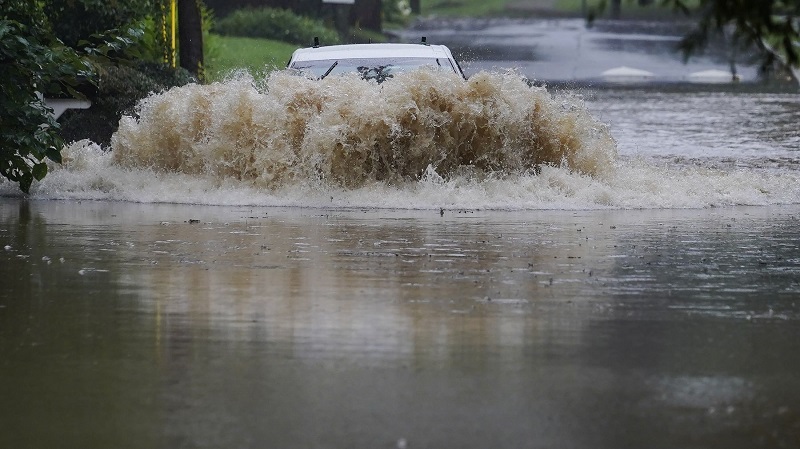 Fort Lauderdale, Florida – Flooding has made for some transportation nightmares Friday in South Florida, from Broward down to Miami-Dade.

Miami-Dade County remains in a flood advisory until 4:45 p.m.

After the area got slammed with heavy rain just before high tide, cars parked on the isles off Las Olas Boulevard in Fort Lauderdale might have trouble starting.

“It’s Fort Lauderdale,” one resident said. “It always is this bad.”

Flooding is nothing new in the city thanks to king tides. Some people still drive too fast for the wet conditions despite the area being no stranger to high water.

“You can see the cars are breaking down,” a resident said. “It’s just horrible out here.”

According to Miami-Dade County, they also experienced heavy rain, leading to a difficult morning commute.

In Aventura, police closed 191st Street from Biscayne Boulevard to 29th Avenue because the flooding got so bad.

Crews in were seen using a shovel to unclog the drains in spots.