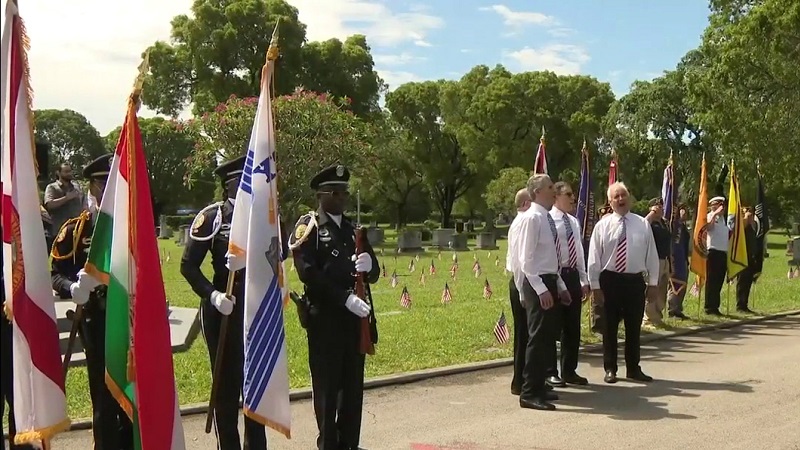 Coral Gables, Florida – After two years of pause because of the coronavirus pandemic, on Monday a special ceremony was held at Woodlawn Cemetery in Coral Gables in observance of Memorial Day.

More than 2,000 American flags have been placed at graves all across the cemetery.

In order to honor the dozens of veterans who showed up and the many more who have been laid to rest at the cemetery, patriotic music played there Monday.

According to one of the speakers, we all need to remember what this day is truly about.

“To me, Memorial Day is a very special day. A lot of people look at it as nothing but parties and barbeques,” U.S. Army veteran Roberto Molleda said. “I am a Vietnam veteran … unfortunately, during the Vietnam War, we lost almost 59,000 men and women whose names are inscribed on the Vietnam wall, so it’s a very special day to remember those that paid the ultimate sacrifice in the defense of our nation.”

The entire time, a large American flag behind the military memorial had been at half-staff until they did a rifle salute and taps – all to honor those veterans who have died in the fight for freedom.