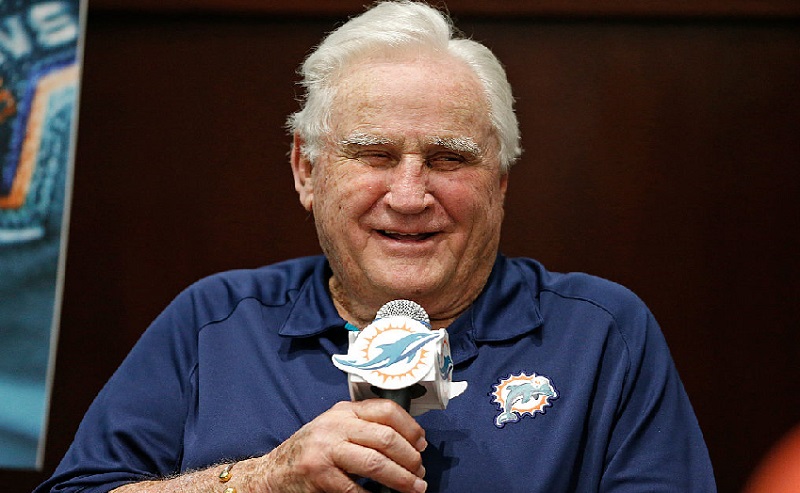 Miami Gardens, Florida – Don Shula died in May of 2020. He was remembered for his remarkable performance both on and off the football field.

A few days after his death, Shula’s family held a private funeral for him.

The first public ceremony honoring the coach since his death was held on Saturday.

“At his core, Coach Shula was a teacher,” said NFL Commissioner Roger Goodell.

Shula was most loved in South Florida for coaching the Dolphins to a perfect season in 1972.

He won more games than any other coach in NFL history. He had 372 career wins.

An expressway, a golf course, and a chain of steakhouses bear his name in South Florida.

“He exemplified character, integrity, leadership, and the importance of dedication and commitment to his community,” said Goodell.

Shula was 90 years old when he passed away last year. He is survived by his wife, eight children, 16 grandchildren, and five great-grandchildren.

Shula’s son, who coached in the NFL against his dad, says his father stood for four things. “Faith, family, football, and community,” Shula said.