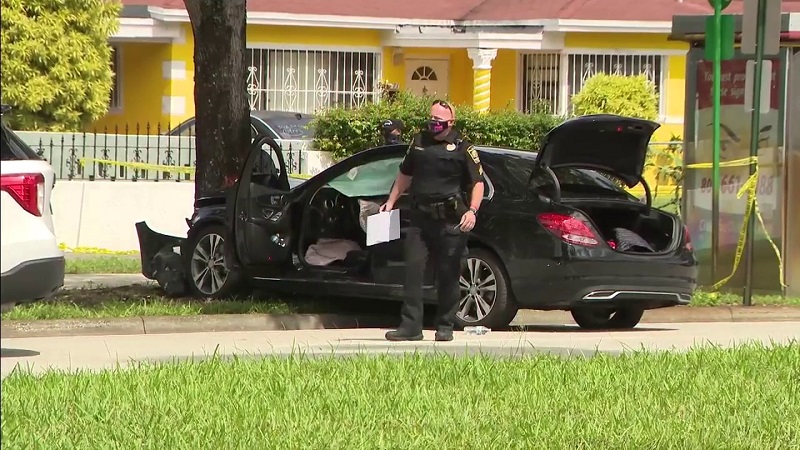 Two people were found shot, according to authorities.

The incident happened in the area of Northwest 18th Avenue and 183rd Street at approximately 12:51 p.m.

According to police, the shooter sped away in a vehicle but crashed into a tree several blocks away.

After crashing, the gunman took off.

According to authorities, they transported the victims to a nearby hospital but have not provided an update on their health status.

Miami-Dade Crime Stoppers ask anyone with information to contact at 305-471-TIPS.