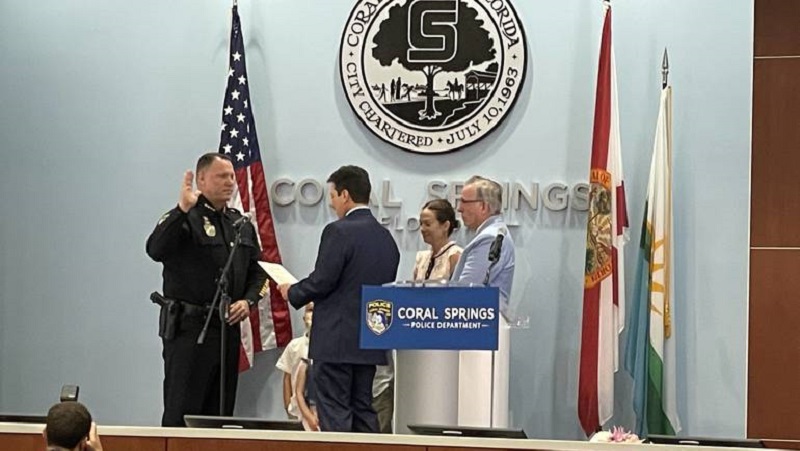 Coral Springs, Florida – As a deputy chief retires, another change has taken place in the upper leadership of the Coral Springs Police Department.

On Friday, the department announced on social media that Deputy Chief Shawn Backer was retiring after 27 years of police service.

According to the department’s website, with Backer retiring and McKeone promoted, two other commanders have taken over the role of deputy chiefs.

Brad Mock is now deputy chief in charge of the administrative division. And Ryan Gallagher is deputy chief supervising the operations division.

According to McKeone, two officers have been assigned to “aggressive driving” positions within the traffic unit to address speeding, bad driving, and other traffic-related complaints from city residents.

In his July message to residents, McKeone sayas the officers will work various hours, in marked and unmarked cars, with the task of conducting traffic education and enforcement along the city’s major roadways.

“Traffic is one of, if not the biggest complaint or concern we receive from the residents of Coral Springs. New residential and commercial projects, along with roadway construction, have led to new challenges when driving in the city,” the chief wrote in the letter.

Man’s hand blown off by fireworks in Lauderdale Lakes