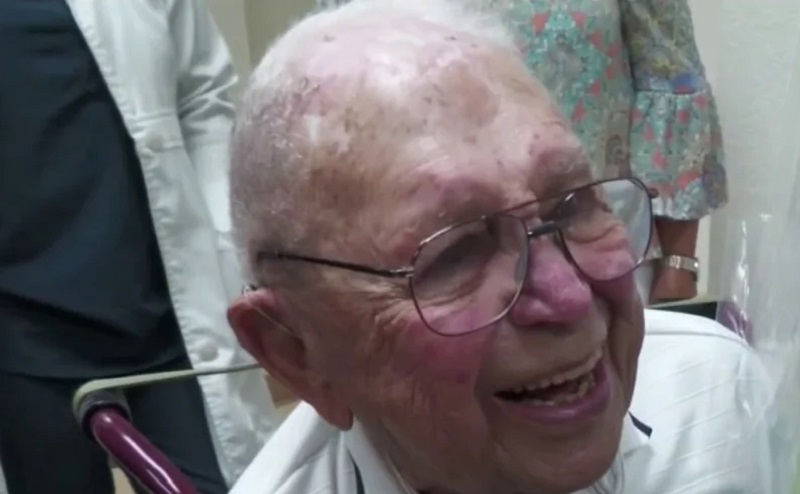 His secret for a long life is the good life with his family, he said. “It’s one of the greatest treasures of being 106. I get my family together,” he said.

Some of Julian’s family flew in from Massachusetts and California for the special day.

His daughter Carole Karlin lives near him in Sunrise. “He reads the New York Times every day and he’s constantly calling me to get books for him,” Karlin said. “He likes to own the books, so I have to order them for him, and he gives me a list just about every week.”

He is from Coney Island, New York, and worked as a chemist and researcher.

Julian graduated from Penn State and Purdue University with a Ph.D. by the time he was 22 years old. “In my high school days for my science care classes, I became interested in chemistry,” he said.

He has several caregivers and lives alone in his own apartment. “He said he surprises himself every morning he gets up. Yes, and he’s not confused, he’s in his right mind, he doesn’t repeat himself, he’s doing very well,” Caregiver Lynn Ferguson said.

His care team at HCA Woodmont Hospital in Tamarac organized a birthday surprise for Julian on Thursday.

“Darth Vader” building in Coral Springs going on the market