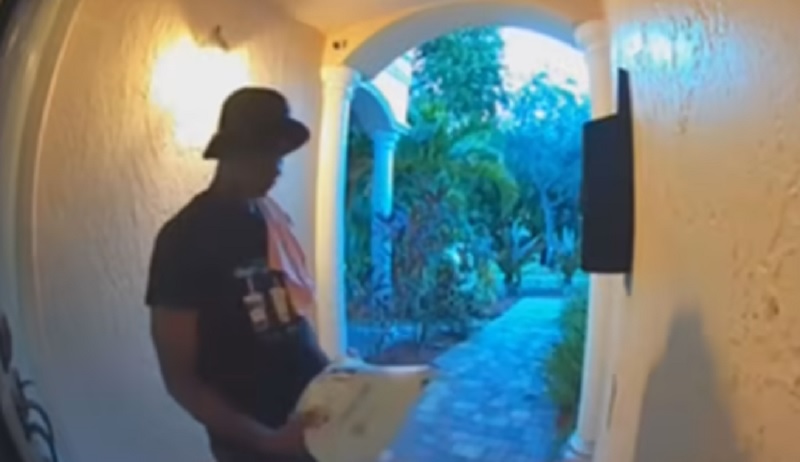 According to police, it happened around 7:30 p.m. in the Rio Vista residential community.

The homeowner told that the man seen in the pictures was going door-to-door offering to wash cars.

Instead, he took a package that was left at the front door.

Surveillance video appears to show the man picking up the package, then placing it in a bucket below the camera’s scope before walking away.

Anyone with information or who thinks they recognize the man is asked to call Broward Crime Stoppers at 954-493-TIPS.