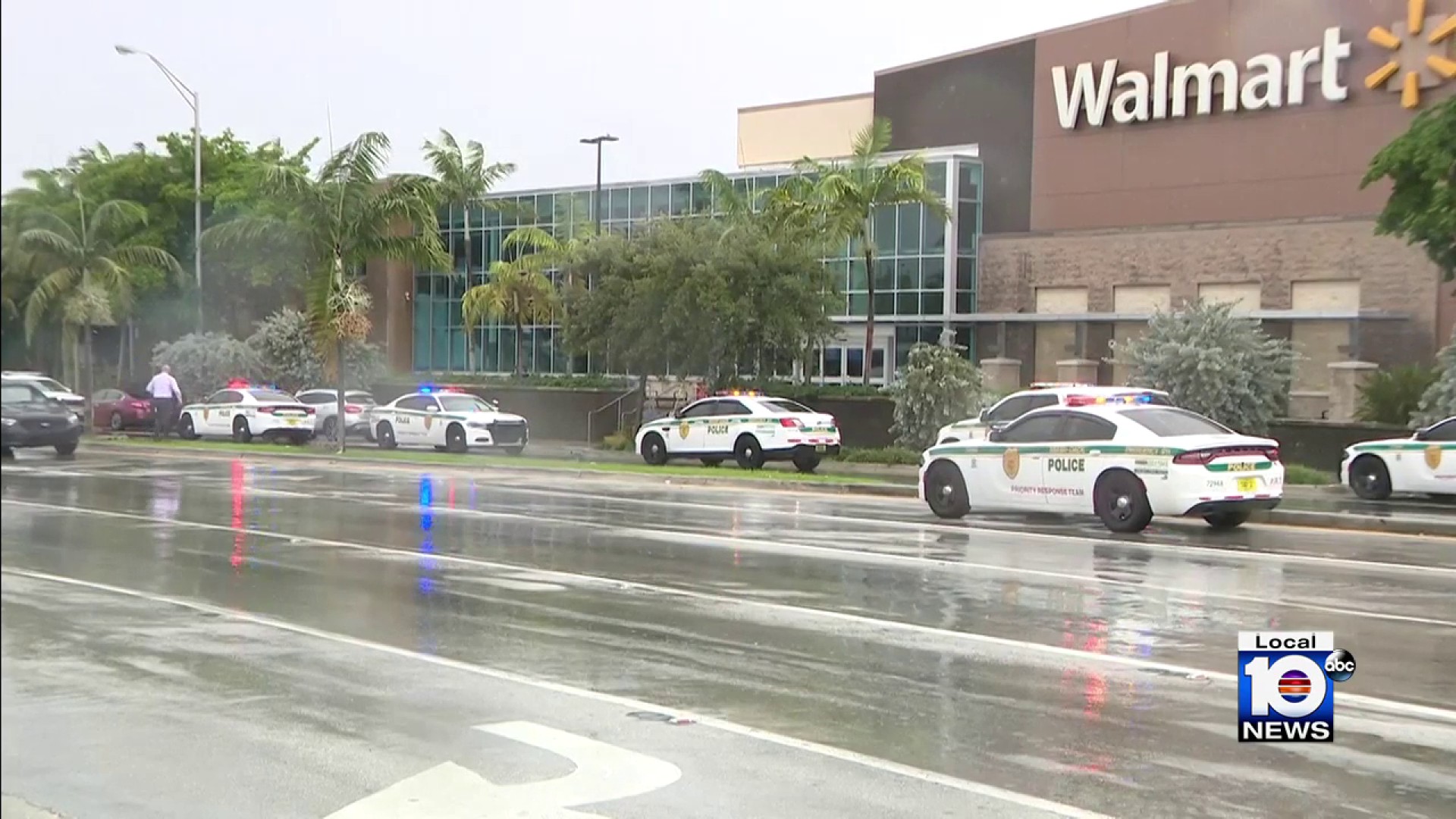 Miami-Dade, Florida – According to authorities, a teenager is charged with second-degree murder for shooting and killing a man inside a bustling Walmart in southwest Miami-Dade on Wednesday.

Malachi Allah, 16, is also accused of discharging a firearm in public, possessing a firearm while a juvenile, and carrying a hidden weapon.

Police said that a verbal altercation between Allah and the victim, 19-year-old Noah Perez, took place at the Walmart Supercenter in the 21000 block of South Dixie Highway and quickly turned into a firefight.

A police report claims that security video depicts Allah taking a revolver from his belt and firing at the victim, who drew his own gun and responded while still seriously hurt.

Later, a hospital announced that Perez had passed away.

The gunfire frightened the onlookers. While shopping in the electronics section, Lily Sorzano believed there might be an active shooter situation.

“I hear five more (gunshots) and I thought, ‘Oh no, that sounds like gunshots,’ and then I told my mom, ‘Let’s hide,’” Sorzano said. “I thought, ‘That’s it, they’re going to shoot us up right now.’”

According to the report, officers captured Allah a few blocks from the shop and transported him to Miami-Dade police headquarters.

According to police, Allah admitted to the crime.

According to the article, Allah admitted to authorities that he and the victim were formerly close friends until they fell out. Allah allegedly informed police that they had run into each other at the store and that was what sparked the altercation.

“(Allah) stated that following the argument, he proceeded to walk through the store,” police wrote. “(He) explained that after hearing the victim call his name, he produced a handgun and began to fire at the victim.”

According to the report, Allah told police that he did not notice the victim having a weapon at the time of the incident.

Allah was taken by police to Miami-Dade Juvenile Services.