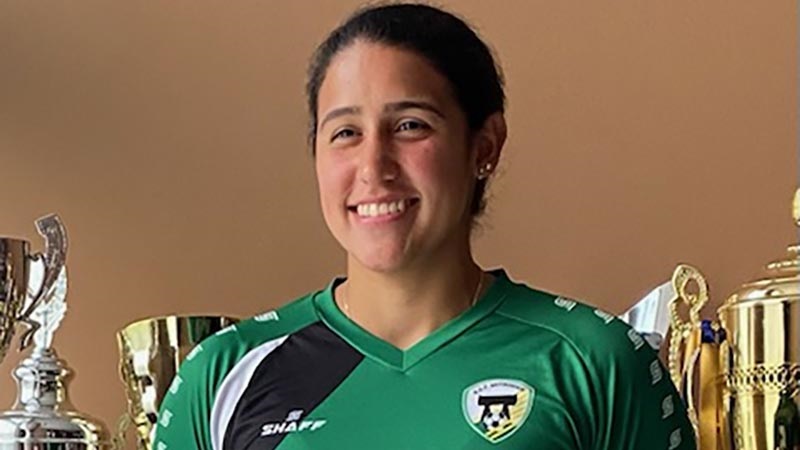 Medina is set to play for K.F.F Mitrovica of the Women’s Football Superleague of Kosovo, the First Division of women’s soccer in the country.

“It’s an unbelievable feeling. I’m so grateful for the opportunities I’ve been given,” said Medina. “It is a special accomplishment to me because it feels like all of my hard work and dedication the past years has finally paid off.”

After high school, Medina played at Alabama A&M University, where she was named Goaltender of the Year for the Southwestern Athletic Conference.

She led the conference with eight shutouts, bringing her total to 15 in her career.

Throughout the years, Medina was always interested in playing at the next level. After networking in the soccer world, she found an agent who helped her find a team, so she moved to Mitrovica, Kosovo.

“It is definitely a big adjustment to learn a different culture and language, but the people of Kosovo have been so helpful and very welcoming, which has made my time here, so far, much easier.”

Medina says Coral Springs will always be her home, no matter where her soccer career takes her.

On August 27, K.F.F Mitrovica had their season-opener game. According to Head Coach Jim Robbins, they have a special goaltender.

“Jodi has all the tools to be very successful at the professional level,” said Robbins. “She is athletic, can make all the saves, can play with her feet when needed, and is a respected leader, both on and off the field. Jodi also has excellent training habits and a ton of upside potential.”