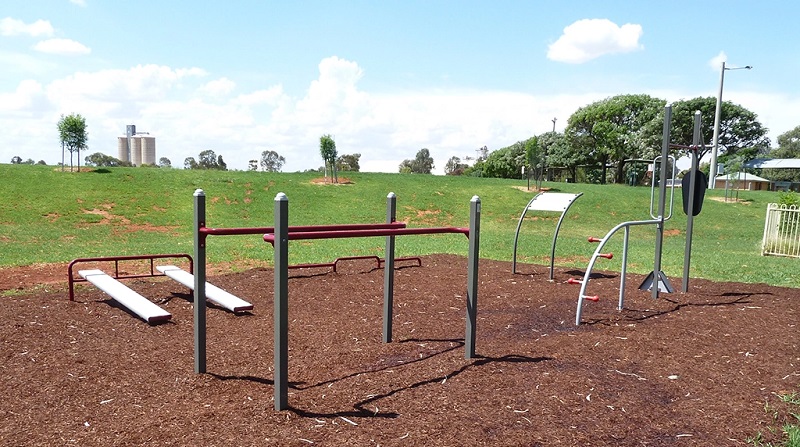 Coral Springs, Florida – Coral Springs residents for years have requested that their city build an outdoor fitness park – an area with modern equipment and exercise paths that can be easily accessed for free by the public.

Using $700,000 in federal pandemic relief funds, now, the city government is getting ready to do just that.

According to the city’s Parks and Recreation Director Robert Hunter, this week city administrators have not yet settled on a location for the park, but they intend to build it in the next year or two.

According to Hunter, in addition to having new outdoor equipment to stretch, lift, and climb, the park will also have a unique feature – two hills for walking and running. One hill will be 40 feet tall, and the other will be 30 feet tall, he said. Part of the goal for building the hills is to get people off the city’s Three Mountains Natural Area on 9200 NW First Street, where many residents have complained about a barrage of fitness enthusiasts showing up, during the pandemic, in the early morning hours and leaving behind trash and ruining the park’s paths.

Cypress Park and Betti Stradling Park, and some of the city’s existing parks have outdoor fitness equipment areas. The new park, though, will have more equipment that will be integrated with the hills.

According to Hunter, creating a fitness park is included in the city’s future parks and recreation strategic plans, which were devised after surveys and discussions with residents on what they want in the city’s 49 parks. “This park will be for everyone to use from students to seniors,” Hunter said.

No other details, including the budget, were available about the park. It’s not clear when city administrators will decide where to build the park.

The $700,000 project is one of the dozens in the $20 million American Rescue Plan Act (ARPA) funds earmarked for Coral Springs. According to the budget document, more than half the money will go to road resurfacing, sidewalk replacement, broadband fiber construction, and other similar projects.

Due to rising gas prices Uber to add temporary surcharge