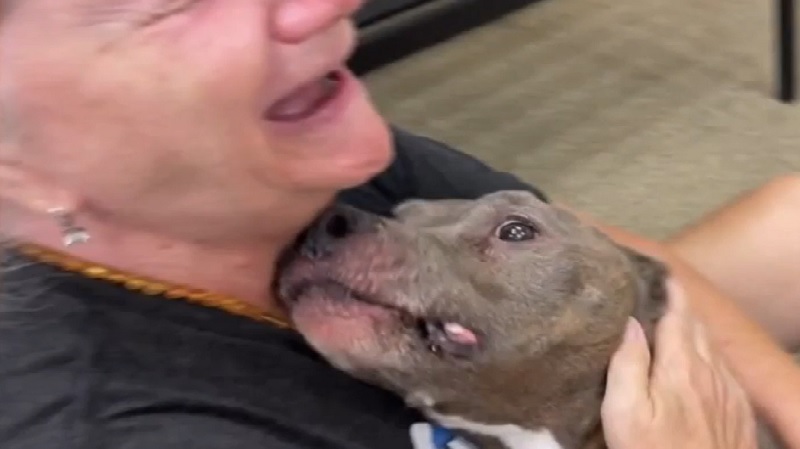 Florida – After losing his dog, eight years ago, the owner returned to Florida to reunite with her best friend.

Betsy DeHaan took her dog, Harley, out for a bathroom break, but when she turned her head, the pitbull dashed into the woods.

The family searched for the dog but did not think to check the microchip after their rescue mission went cold.

DeHaan waited eight years and five months for any news about her beloved friend. “We got the text on Saturday,” said DeHaan, “and I’m like, ‘Is this a scam?’ Because we were talking about him that morning. You know, what an amazing dog and where could Harley be if he’s still out there?”

It was an emotional homecoming for Harley’s family, who drove over 1,000 miles for a miracle in Fort Myers.

After a couple of good Samaritans found her malnourished, and took her to an animal shelter, Harley had been missing Since 2014.

Veterinarians learned his owner had moved to Missouri, after running his microchip.

She said their family never got another dog because they never lost hope. “We searched and cruised and looked and put up posters and sent out the wanted missing pet [signs] and just never stopped looking for him,” said DeHaan.