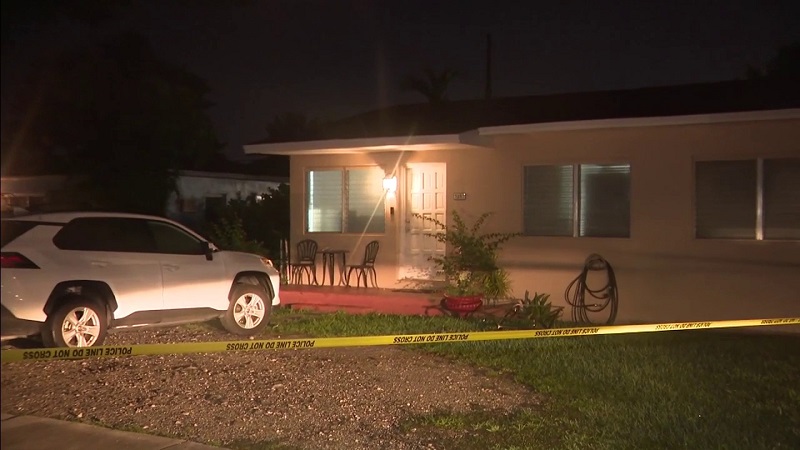 Those involved are believed to be family, according to neighbors.

It happened at a home on Southwest 16th Street near 73rd Avenue in the county’s Coral Terrace neighborhood, police said.

By the time officers got there, police said they found one adult already dead, with a second injured adult later taken to the hospital.

Authorities took a third person into custody at the scene that according to neighbors, is believed to be the son of the two stabbing victims.

“They’re great people, they just had a problem with their son, I guess,” said neighbor Phil Acosta.

According to Acosta who lives next door, the family was arguing outside the home Saturday night shortly before police were called.

“It was more or less him, he started yelling and screaming,” Acosta said. “That’s when stuff escalated, and then they called the police, and the police showed up in five minutes. I guess it was too late.”

He added: “It really hurts me that they were trying to help his problem, and it didn’t work out.”