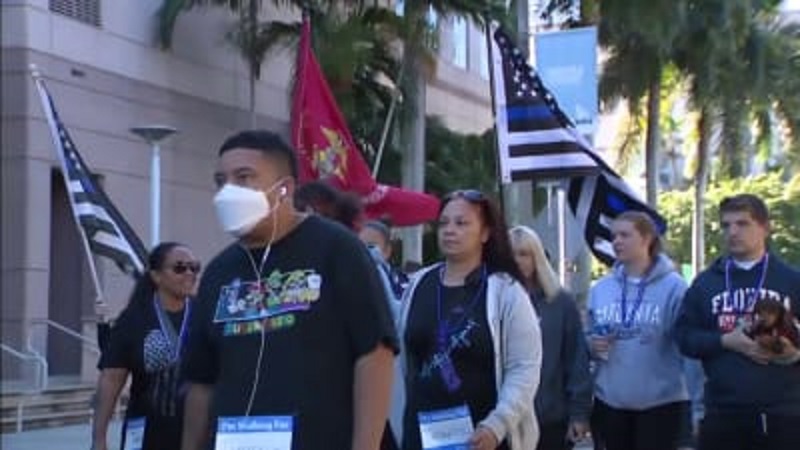 Davie, Florida – Sunday morning, dozens of people gathered in Broward County showing support to those who serve our country and spreading awareness for suicide prevention.

The Out of the Darkness walk is the event’s name that was held at Nova Southeastern University’s campus in Davie, wich goal of Sunday’s 5k was to raise awareness about the importance of mental health.

Three weeks ago Lieutenant John Graham with the Hollywood Police Department shot and killed himself at the Westfield Mall in Plantation. His fellow officers are still in mourning.

On Sunday, a small group of Lieutenant Graham’s coworkers joined hundreds of other people in the community to break the stigma surrounding mental health.

“Especially in law enforcement, the culture has to change,” said Officer Tamara Hill with the Hollywood Police Department. “It’s a very difficult job, we sacrifice a lot, lot of sleepiness nights and sometimes it can become too much to bear. So that’s why we’re here today.”

They have an ambitious goal of reducing the suicide rate by 20 percent over the next three years.

“Some people are just too big for one name, so he wasn’t John. He wasn’t Graham. He was John Graham,” said Officer Hill. “He was larger than life, he was beautiful inside and out and he fought for the title guy. He always made sure he did the right thing. He will be missed, and the world is a darker place without him.”