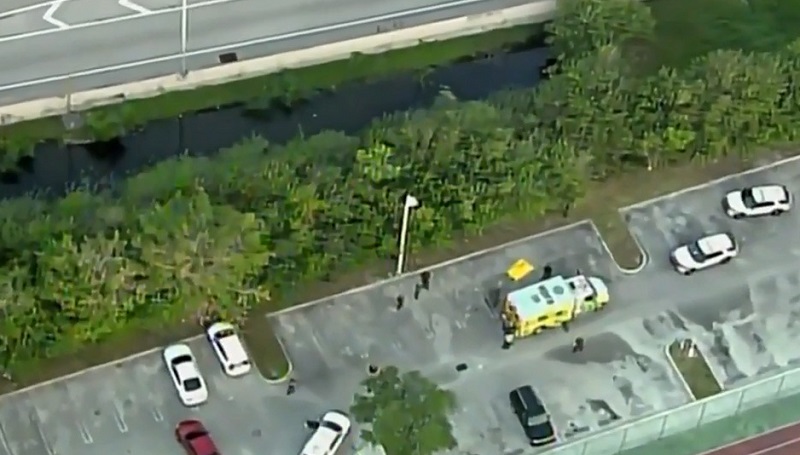 Miami Gardens, Florida – After a man was found shot to death, lying on the pavement Friday morning, a homicide investigation is underway by Miami Gardens police.

According to police, the shooting occurred at the Villas Del Lago Apartments at 21080 NW 14th Place.

“He was laying here — like he was laying there and I thought that’s unusual. It’s an unusual place to be laying, even if you’re drunk, it’s unusual,” said the resident who discovered the man on the ground and who did not want to be identified.

She saw the man around 6:30 a.m. as she was leaving to drop her teenage sons off at school, the woman said.

“He’s not breathing, cars are passing him by, he’s not moving, and then from where I was sitting, you could see something on his chest,” she said.

She called 911after realizing that he wasn’t getting up.

“I let them know that I don’t think he’s breathing, he doesn’t look like he has any movements, and maybe he’s drunk or maybe something can be seriously wrong with him,” she said.

Neighbors were shocked to see this right outside their doors. The name and age of the victim have not been released.

An investigation is ongoing.

200 students at NW Dade School got a sneaker surprise