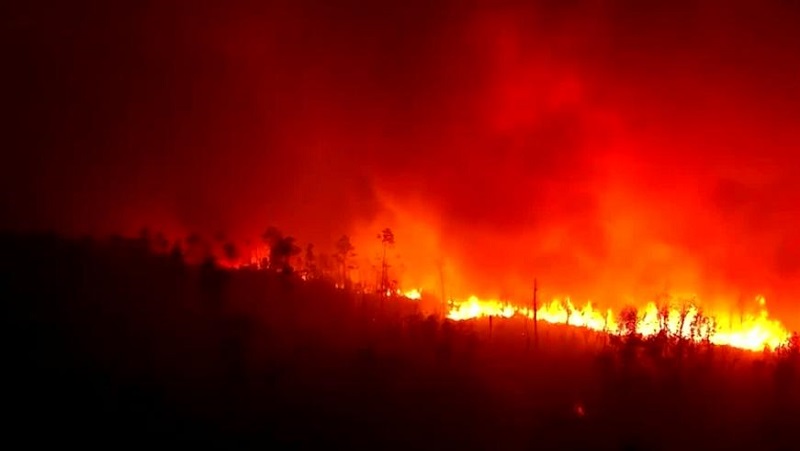 Panama City, Florida – Hundreds of residents that were forced to evacuate their homes when wildfires in the state’s panhandle threatened have been allowed to return home.

At least 1,100 residents were evacuated from homes in Bay County over the weekend.

After one of the fires — the 875-acre Adkins Avenue Fire was declared 50 percent contained, officials gave the approval Monday for about 600 residents to return.

The largest of the wildfires, the Bertha Swamp Road Fire, has grown to more than 28,000 acres and was only 10 percent contained.

According to officials, mandatory evacuations remained in place for hundreds of residents who fled because of this fire.

A third blaze, the Star Avenue Fire, forced the evacuation of a state-operated nursing home for veterans Sunday but residents were allowed to return Monday.

As of Tuesday morning, the 250-acre wildfire was 60 percent contained.