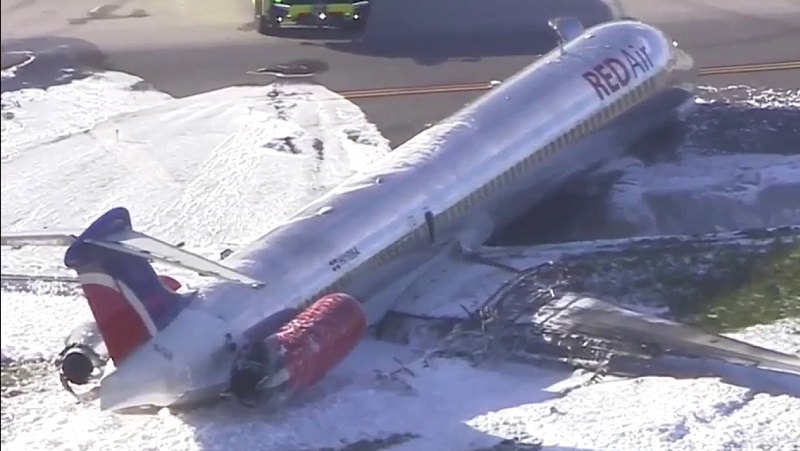 On Tuesday afternoon, everyone on board Red Air flight 203 made it out alive after it made an emergency landing.

On Friday, crews were finally able to remove that plane from the runway.

The aircraft is now at the center of a crash investigation.

“The plane had to be lifted by a crane onto a flatbed vehicle, and then it moves very slowly,” said Greg Chin, communications director of Miami-Dade Aviation. “Our primary goal was to move it off of the south runway so the south runway could reopen.”

The south runway has since reopened, and operations at MIA are back to normal only three days after the crash. The Red Air plane tore through a communication tower when it crash-landed. As a result, a fire broke out. The ordeal sent the 130 passengers and 10 crew members on board scrambling, Fortunately, there were only minor injuries.

The National Transportation Safety Board is now trying to figure out what caused the plane’s landing gear to collapse. The federal agency sent a team of 10 to analyze every angle and detail, and that will happen at MIA.

“There’s a location on the north side of the airfield. That is where it will stay for a few more weeks,” said Chin, “until the NTSB tells us it’s OK to dismantle and demolish the aircraft.”

As their investigation continues, an NTSB team is expected to be at MIA for the next five to seven days.