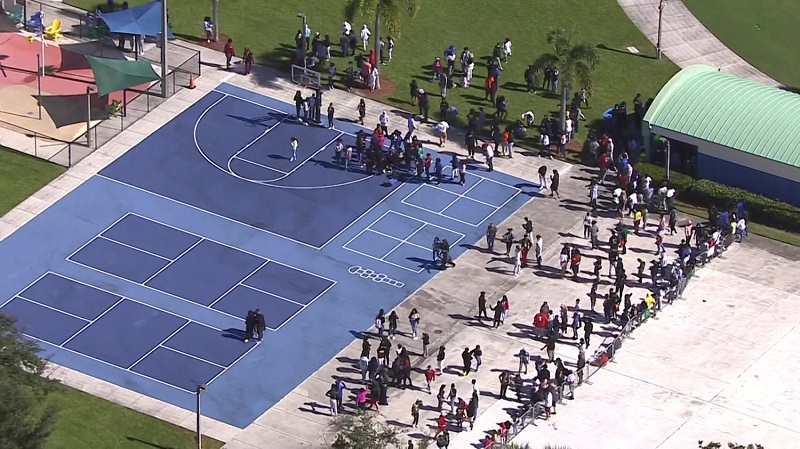 Fort Lauderdale, Florida – Coconut Creek High School is being evacuated due to a bomb threat.

As a precaution, Coconut Creek police moved students and staff across the street to a community center.

According to police, they announced the evacuation at the school, at 1400 NW 44th Ave, just after 11 a.m.

Just after 1 p.m., the Broward school district said teachers and students have been dismissed for the day, and parents and/or guardians were informed.

Police said the scene would be cleared before 2 p.m.