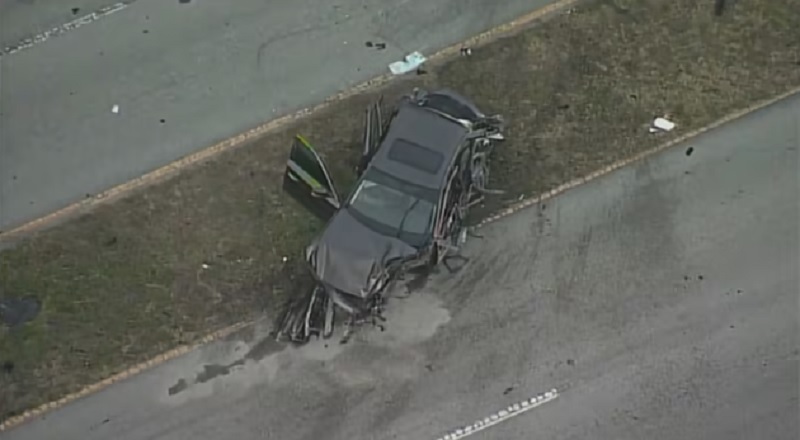 Miramar, Florida – According to police, one man was killed and another man was injured Monday morning in a single-vehicle crash in Miramar.

The crash occurred just after 5:30 a.m. in the area of Pembroke Road and Douglas Road, police said.

A large hole could be seen in the nearby concrete fence of a home that the vehicle first struck before coming to a final stop.

Debris could be seen scattered across the roadway, which was shut down to traffic after the crash.

According to Miramar police, both people inside the car were taken to Memorial Regional Hospital in Hollywood, where one of them died.

Police said the other victim is expected to survive. The cause of the crash remains under investigation.