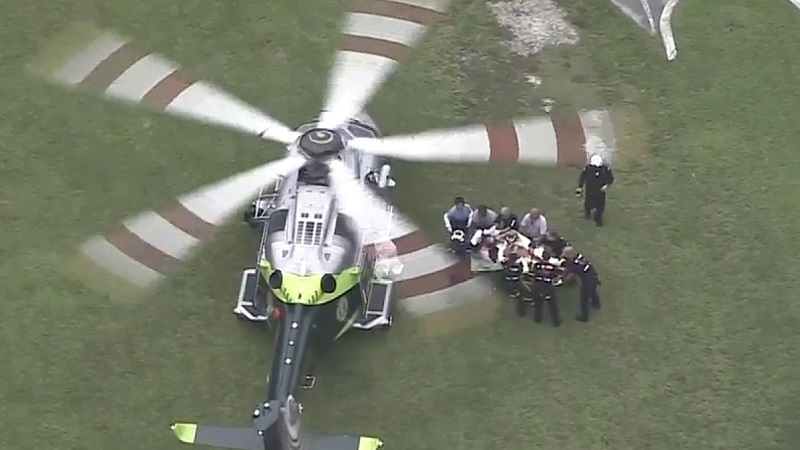 Miami-Dade County, Florida – According to Miami-Dade police, an accidental shooting occurred Wednesday morning at a west Miami-Dade gun range while a firearms instructor was teaching a class.

According to a source, the instructor is employed by US Customs and Border Protection.

Just prior to 10:30 a.m., crews responded to the Trail Glades Range.

East of the Miccosukee Casino & Resort, close to the intersection of Southwest Eighth Street and Krome Avenue, is where you’ll find the county-owned range.

The instructor was being airlifted to Jackson Memorial Hospital’s Ryder Trauma Center.

According to police, the man’s condition is critical.

At the time of the shooting, Dario Pederajo was at the shooting range. He claimed that it took place on the portion of the range that police officers utilize.

Pederajo claimed that when police officers encircled the range and asked everyone to lay their weapons down, he was shooting in another area of the range.

“On the police range side it’s mainly Customs and Border (Protection), they come on Wednesday for practice,” Pederajo said. “Several police officers came running over to the civilian side of the range, where the main office is, and said someone had been shot, stop shooting.”

The gunshot, according to sources, took place during a “building search exercise.”

Two instructors allegedly shot one other in the chest while performing a demonstration.