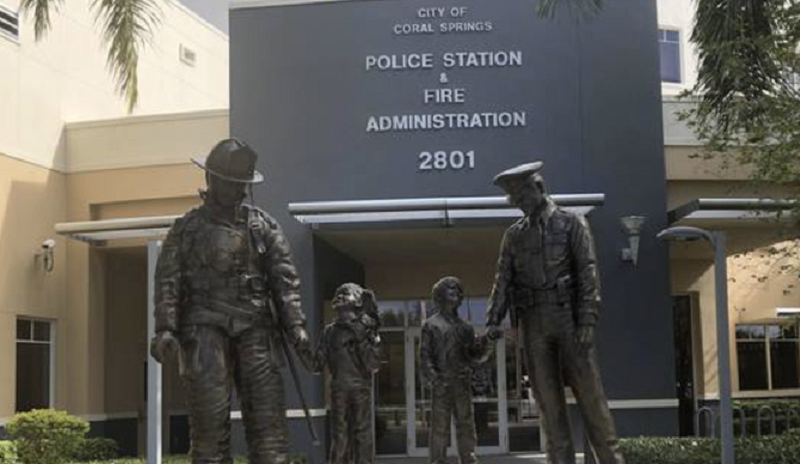 Coral Springs, Florida – A peace ribbon, external flame, and dedicated plaques to honor police officers, firefighters, and other first responders who died in the line of work over the years will be at the new Coral Springs Public Safety Memorial.

According to a memo, on Wednesday, city commissioners are planning to vote on hiring a firm to build the memorial on the south side of the front entrance to the city’s Public Safety Building at 2801 Coral Springs Drive.

If approved, the memorial would be built for $207,750 by Maceda Contractors, LLC of Weston, which was the lowest bidder on the project, the memo said.

The commission had planned to spend $133,900 last spring to hire another firm to build the memorial, but officials held off the vote after determining they needed more time to go over funding for the project.

According to city managers, the money for the construction would need to be donated, and the city’s police and fire unions were looking to raise the funds.

The memorial would include an area where “loved ones and neighbors can peacefully gather, reflect, and honor” the first responders, the memo said.