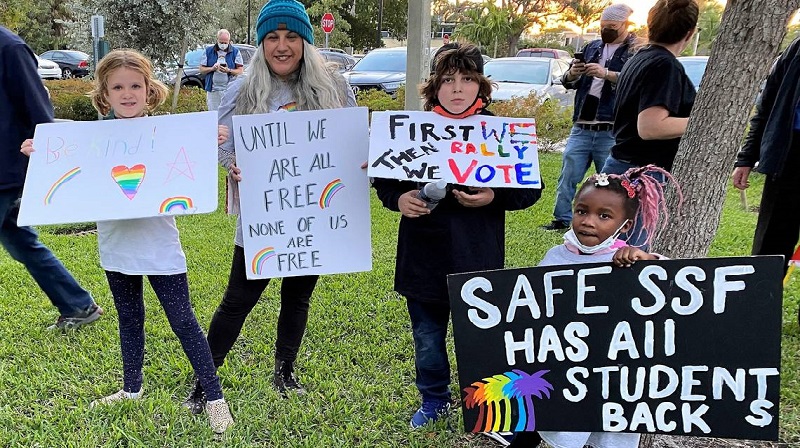 Miami Beach, Florida – On Tuesday night, a protest was held in Miami Beach as the Florida Senate takes on the Parental Rights in Education bill, commonly known as the “Don’t Say Gay” bill.

According to the bill, classroom discussions about sexual orientation or gender identity would be prohibited.

Some fear it would have a negative impact on young children.

“The numbers in Tallahassee are so overwhelmingly against us, in favor of this bill,” said Scott Galvin, executive director of Safe Schools South Florida. “We don’t want people to see this passed and then get disappointed. We want them to go into it with their eyes open, knowing that even though it’s probably going to soon be law, there are ways to fight back afterward.”

If the bill passes in the Senate, it will then head to Florida Gov. Ron DeSantis’ desk.

DeSantis has signaled support for the bill and is expected to sign it into law.